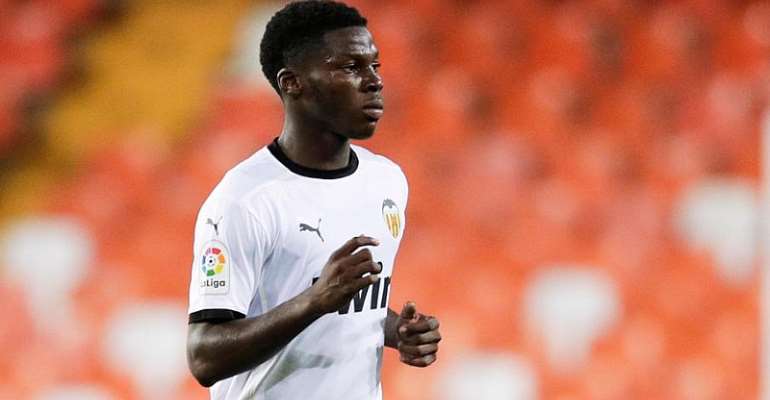 As well as missing the top four teams in the country – Real Madrid, Barcelona, Atletico Madrid and Sevilla – after their European exploits in August, La Liga got off to a delayed start when the opening game was put back at late notice.

Granada were due to welcome Athletic Bilbao on Friday in the inaugural fixture but a long-running dispute between La Liga and the Spanish Football Federation (RFEF) meant the top flight had to put the match back to Saturday at less than 48 hours notice.

At least it did not inconvenience any supporters, as is often the case, since they are still not allowed back into stadiums in Spain because of the novel coronavirus pandemic.

Eibar and Celta Vigo had the honour of being the new curtain-raisers and played out an unremarkable 0-0 draw at Ipurua.

Valencia fans have endured a nightmare close season as many of their best players were sold, including Ferran Torres to Manchester City, Dani Parejo and Francis Coquelin to Villarreal and Rodrigo Moreno to Leeds United.

The fans protested against the board before the derby with Levante on Sunday, where the visitors hoped to secure their first-ever win at the Mestalla in La Liga.

Despite Valencia’s disarray, new coach Javi Gracia oversaw an impressive 4-2 triumph, with a fine debut for 17-year-old Yunus Musah, taking Torres's place in the side.

The winger became the first English player in Valencia’s history and put on a fine show, striking the woodwork in an electric display.

“Today’s result doesn’t change what the team needs,” said Gracia, upset at losing many of his key players. “The situation is the same but (Yunus) let us see our own virtues too.”

Real Sociedad were one of the best teams to watch last season in Spain, in part thanks to playmaker Martin Odegaard, on loan from Real Madrid.

Zinedine Zidane took the talented Norwegian back in the close season so the Basque team filled the hole by swooping to sign Manchester City great David Silva on a free transfer.

The midfielder should offer Sociedad the creativity they need, but on the day he was presented Silva was diagnosed with coronavirus.

Silva, in quarantine, missed La Real’s 1-1 draw at Real Valladolid and for all their possession they lacked the quality final ball which he can provide.