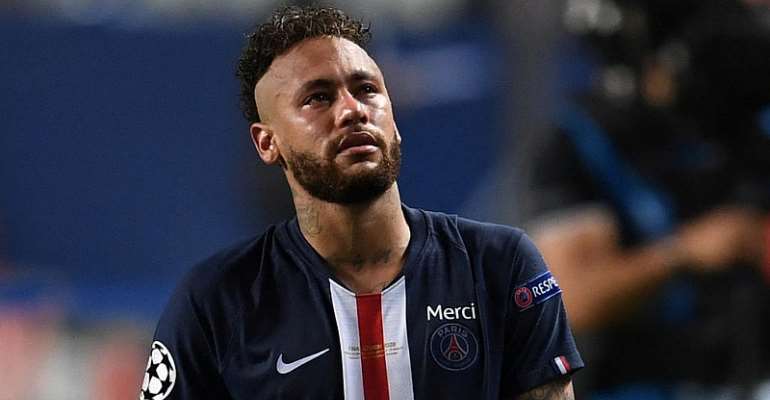 French football chiefs have confirmed they will review the five red cards handed out at the end of Sunday's Ligue 1 match between Paris Saint-Germain and Marseille at the Parc des Princes.

PSG's Neymar, Layvin Kurzawa and Leandro Paredes got their marching orders along with Marseille's Dario Benedetto and Jordan Amavi at the end of Marseille's 1-0 victory - their first win over PSG since 2011 courtesy of Florian Thauvin's strike in the 31st minute

Kurzawa received an instant red for punching out at Amavi who also got a straight red for trying to retaliate.

Neymar, who had received a yellow card in the first-half, was shown a  red for hitting the Marseille defender Alvaro Gonzalez on the back of the head.

Racism allegation
The Brazilian later accused his Spanish opponent of racism. "The only regret I have is not hitting this idiot in the face," Neymar tweeted after the match.

Benedetto and Paredes were dispatched for each collecting a second yellow card on the night.

The Ligue de Football Professionnel, which runs top flight football in France, said disciplinary watchdogs will meet on Wednesday to decide how many matches the players will miss.

Under the rules of the French Federation of Football (FFF), Neymar could be banned for up to seven games for violent conduct and Gonzalez faces up to a 10 match ban if allegations of racism are proven.

In an another unedifying vignette, Gonzalez accused the PSG forward Angel Di Maria, who has just come out of isolation after testing positive for coronavirus, of spitting at him.

If the disciplinary panel finds evidence to confirm Gonzalez's account, Di Maria could be sidelined for six games.

“We're a team with many South Americans,” said PSG boss Thomas Tuchel attempting to explain his side's combustibility. “It is a team with a mentality that gives us many special things. It is a special mixture.”

Marseille's success moved them up to fifth in the table with maximum points from their two games. Only Saint Etienne boast a 100 per cent record.

PSG, however, following their 1-0 defeat at Lens on 10 September, lie in the relegation zone after losing both of their opening matches in Ligue 1 for the first time since the 1984/85 season when they finished 13th.

A similar prospect is thought unlikely for the billion-euro squad in the 2020/21 campaign. However, Tuchel's side, could be without some of its biggest stars for at least a month

Marseille boss Andre Villas-Boas said: “There is no place for racism in football and I don't think it's the case here. There's also talk of Di Maria spitting - again I hope that's not an issue.  I really hope these incidents don't overshadow our victory.”