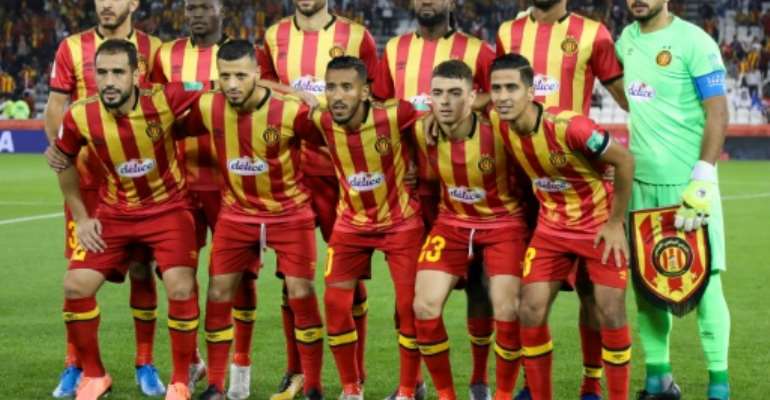 The Blood and Gold won 18 matches and drew eight, scored 41 goals and conceded 12 in a championship recently ranked the third strongest in the continent behind Morocco and Egypt.

Four-time African champions Esperance now adjust their sights to the Tunisian Cup and are away to third-tier Kalaa Sport this week in the quarter-finals.

Etoile Sahel, the only club to win all five current and past African club competitions, will be notable absentees from the 2020/2021 Confederation of African Football (CAF) competitions.

Based in Mediterranean resort Sousse, Etoile completed their league season with a 3-2 win over Club Africain in Tunis to finish fourth below Esperance, CS Sfaxien and US Monastir.

Only the top three championship finishers qualify for Africa and the alternate route, winning the Tunisian Cup, closed for Etoile after a round-of-16 loss on penalties.

The battle of the Bamako outfits was delicately balanced with Stade one goal ahead until Bakary Samake and Saouti Traore struck in the final three minutes.

Stade qualify for the Champions League and Yeelen or Real Bamako will represent Mali in the CAF Confederation Cup, the African equivalent of the UEFA Europa League.

Zamalek, the Cairo neighbours and fierce rivals of Ahly, had to settle for a 1-0 win against ninth-place El Entag El Harby with Mostafa Mohamed netting.

Four clubs led by Kinondoni Municipal Council share the lead after two rounds of the Tanzanian Premier League, but defending champions Simba are not among them.

Simba, winners of the Premier League-FA Cup-Super Cup treble last season, were held 1-1 at Mtibwa Sugar with the goals coming just before and after half-time.

Mzamiru Yassin put Simba ahead and Ugandan Boban Bogere levelled in a match watched by a large crowd who did not practice social distancing amid coronavirus concerns.

Renaissance Berkane wasted a chance to climb two places to second in the Moroccan Botola Pro 1 when they surrendered a lead and were held 1-1 at relegation threatened Ittihad Tangier.

Raja Casablanca, seeking a first title since 2013, lead with 45 points and Wydad Casablanca, Mouloudia Oujda and Berkane have 41 each.

Spaniard Juan Carlos Garrido, who replaced French coach Sebastien Desabre last February, has quit as Wydad coach with no reason given for his exit at a crucial stage of the title race.

Defending champions Le Messager Ngozi ended a poor start to the season by winning 3-1 away to Aigle Noir in the second round of the Burundian Primus Ligue.

The triumph followed a Super Cup loss to FA title-holders Musongati and a 3-0 championship drubbing from Flambeau Centre.

Burundi were the only African country not to suspend football when the coronavirus affected the continent this year, and spectators were permitted despite health concerns.

Leopards finished second last in the 2019/2020 Premiership, forcing them into a six-round mini-tournament with second-tier sides Ajax Cape Town and Tshakhuma Tsha Madzivandila.

Zambian Musonda scored to earn a 1-0 win against Ajax and bagged a brace in the 3-1 victory over Tshakhuma, giving his club a three-point lead at the halfway stage.