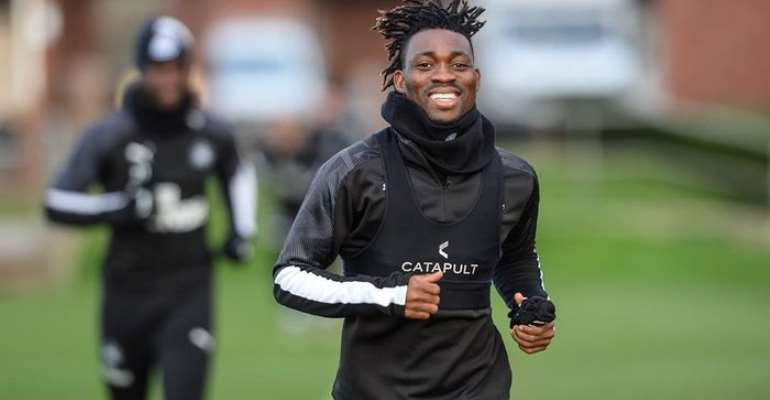 Manager of Newcastle United, Steve Bruce has reiterated Ghana international, Christian Atsu must leave the club since he would not get enough playing time.

Atsu struggled for playing time last season and does not seem to gain his playing back.

According to Bruce, the 28-year-old won't play enough following the acquisition of some new players including former Bournemouth star Ryan Fraser.

Speaking to the BBC ahead of Newcastle clash with Blackburn Rovers in the EFL Cup on Tuesday, Bruce also named four other players who have no future on Tyneside.

“I like Christian [Atsu] – the same goes for [Yoshinori] Muto – trains every day, works tirelessly, a good professional – but in a situation where are they going to play enough? There has to come a time when they go and play football.

“The same goes for Saivet. Henri has been around the place since I’ve been here. We try to treat him with respect and he trains every day and is a good pro. Henri Saivet, Atsu, Muto, Lazaar [Achraf], Aarons [Rolando]– they need to find a home and try to progress their careers again.”

Atsu joined Chelsea from Porto in September 2013 and was repeatedly loaned out to clubs including Vitesse, Everton, Bournemouth, Malaga before being sold at a profit to Newcastle after an initial loan.

In that 2016/17 Championship season, he was directly involved in eight goals (scoring five, three assists) despite only 15 starts (17 sub appearances).

However, in the three Premier League seasons since then, Atsu has only been directly involved in another eight league goals (scoring three, five assists) in 40 PL starts (and 35 sub appearances).

He has also scored nine goals in 65 appearances for Ghana's national team.

Atsu has a year left on his contract at the club.

Alliance of CSO petitions Parliament for audience with GNPC ...
11 minutes ago