Otumfuo Must Dissolve New Board of Directors - Kotoko Circles 8 Chairman 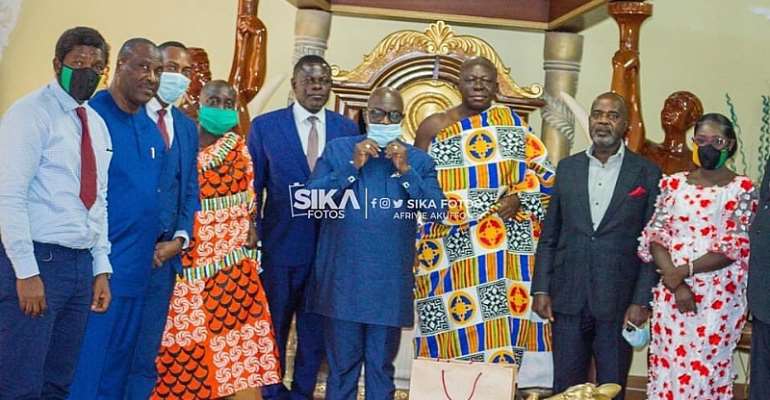 Otumfuo with Kotoko Board of Directors

Multiple reports have emerged that there have been an impasse among the board and the new Chief Executive Officer of the club, Nana Yaw Amponsah.

According to Mr Prempeh, the waving impasse among the Board of Directors and the CEO is inimical to the progressive course of the club.

“I will call on Otumfuo to dissolve the board because what is currently happening in the board is not what any supporter envisaged. What is going on is detrimental to the development of the club,” he told Asempa FM.

“Nana Yaw Amponsah has threatened to resign from the CEO position twice within one month of his appointment and that doesn’t speak well of him.

"I will urge him to develop a big heart if he is to survive at the club. Else he will not last for one year as CEO of the club,” he added.

Nana Yaw Amponsah was billed to unveil his new management team last week Friday but has been rescheduled due to the impasse among the board and the CEO.