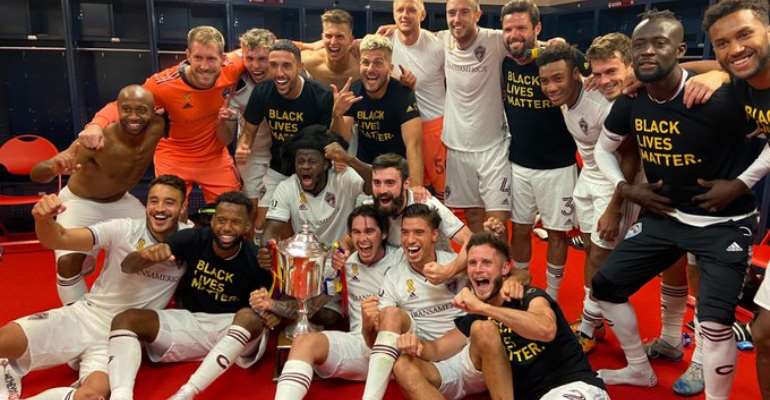 Ghanaian defender Lalas Abubakar excelled for his Colorado Rapids outfit over the weekend when the team defeated Real Salt Lake 5-0 to clinch the Rocky Mountain Cup.

The two teams were in action at the Rio Tinto Stadium on Saturday to battle for 3 points in the American Major League Soccer (MLS) as well as the bragging rights for the famous Rocky Mountain Cup.

On the Matchday, towering defender Lalas Abubakar earned a starting role and played in central defense to help his team.

The 25-year old enjoyed a very good game with his commanding play at the back which saw him end the day with a high rating of 7.8 from Modernghana Sports partners SofaScore. 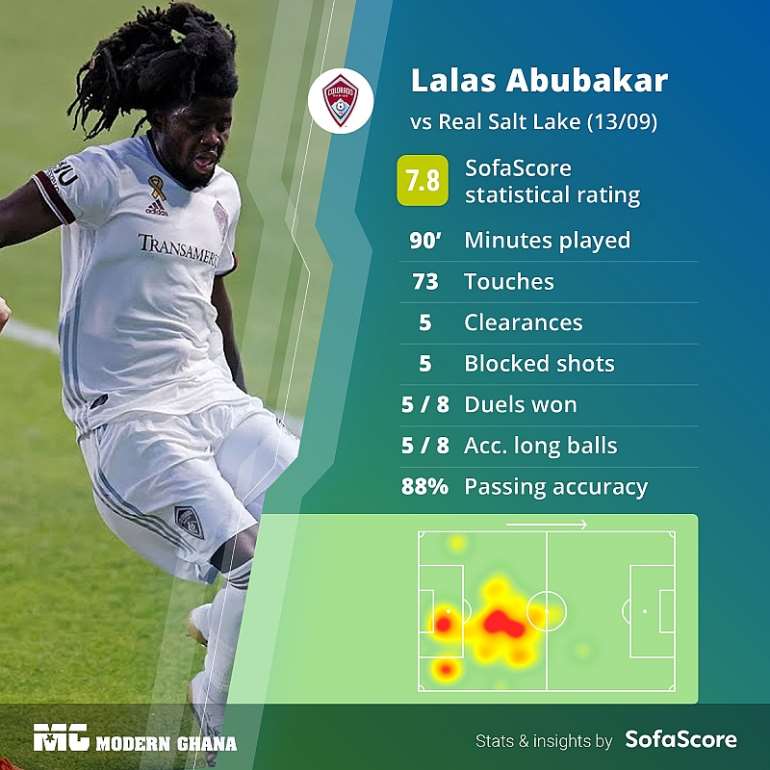 On the night, a first-half brace from Diego Rubio, plus a goal each from Samuel Vine, Braian Galvan, and Cole Bassett resulted in Colorado Rapids thrashing Real Salt Lake 5-0 at the end of the 90 minutes.

The win is the team’s first-ever victory at the Rio Tinto Stadium and the club’s first Rocky Mountain Cup in the last 5 years.

The cup is awarded by the Committee of 10, a group of bi-partisan fans who run the competition, to the team with the most points in games played between the two.

The teams are awarded 3 points for each win and 1 point for each tie in regular-season MLS games against each other. The Cup is awarded at the conclusion of the deciding game of the series between the two teams