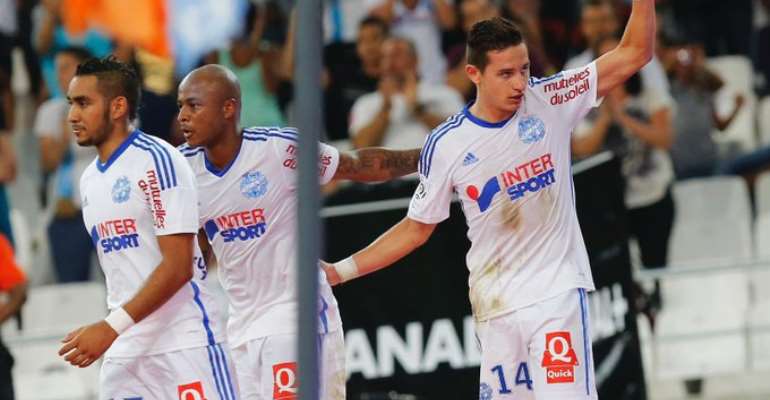 Florian Thauvin scored the only goal when he volleyed Dimitri Payet’s free-kick from close range.

Marseille had last beaten PSG in Le Classique – one of French football’s biggest rivalries – in 2011.

Ayew, a Black Stars captain, who spent nine years at Marseille (2006-2015) showcased his solidarity after the victory by posting a picture with his ex-teammates on social media.

The 30-year-old scored 45 goals in 152 appearances for Marseille during his stay in France.

Marseille are occupying the 5th position with 6 points following their victory.