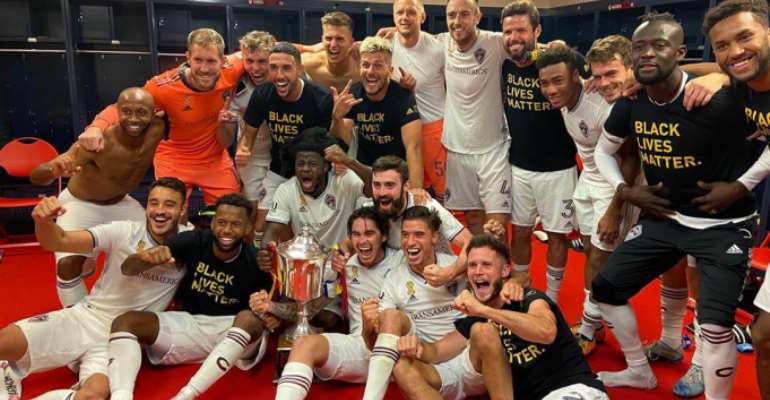 Ghanaian defender, Lalas Abubakar has won his first trophy with Colorado Rapids after helping the side to hammer Real Salt Lake by 5-0 to win the Rocky Mountain Cup.

Abubakar started and lasted the entire duration of the game as Rapids won their first Mountain Cup since 2015.

A brace from Deigo Rubio, one each from Sam Vines, Braian Galvan and Cole Bassett secured a comfortable win for Rapids at the Rio Tinto Stadium on Saturday night.

The 25-year old defender was solid at the back making sure his side earn a clean sheets.

The trophy is Lalas Abubakar’s first trophy with the club since joining the club last year.

The Rocky Mountain Cup is a soccer trophy contested between Real Salt Lake and the Colorado Rapids.

The cup is awarded by the Committee of 10, a group of bi-partisan fans who run the competition, to the team with the most points in games played between the two.

The teams are awarded 3 points for each win and 1 point for each tie in regular-season MLS games against each other. The Cup is awarded at the conclusion of the deciding game of the series between the two teams.