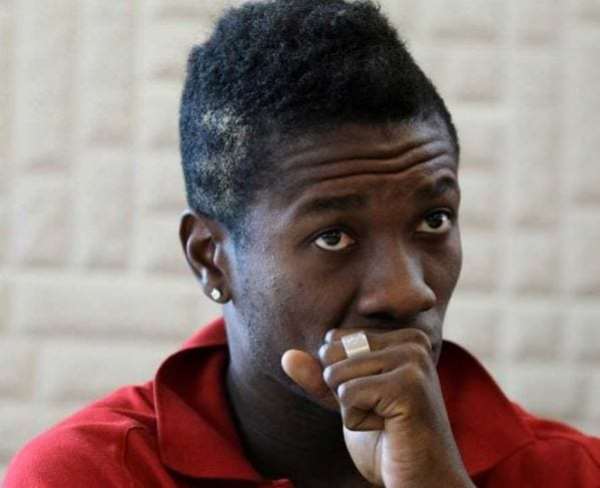 Asamoah Gyan's future at the Black Stars has been left in doubt after the head coach of the senior national team, CK Akonnor maintains Andre Ayew as the captain of the team.

On Sunday, September 13, the Swansea City forward was maintained as the captain of the team whiles Thomas Partey and Richard Ofori will serve as the 1st and 2nd vice of the team.

Gyan was handed a new role as the General captain of the team.

The decision of Kwesi Appiah did not go down well with Asamoah Gyan and shockingly announced his retirement from the national but rescinded his decision after Nana Addo Dankwa Akufo-Addo intervened.

Gyan was dropped by CK Akonnor in his first call up ahead of the Sudan Afcon qualifiers which was cancelled due to the outbreak of the novel coronavirus.

It is unknown if CK Akonnor will hand Gyan a call up in the future.

A publication of the website of the Ghana Football Association read: ''The Technical Team of the senior national team, the Black Stars upon a broad consultation has maintained Andre Ayew as Captain of the Black Stars. The Swansea City attacker who led Ghana to the 2019 Africa Cup of Nations in Egypt, maintains his position as leader of the team despite changes at the technical realm of the senior national team.

''In a related development, Thomas Teye Partey of Atletico Madrid has been appointed as 1st Vice Captain while Richard Ofori steps in as 2nd Vice Captain.

''The trio will lead the team as the Black Stars go through the remaining Africa Cup of Nation qualifiers as well as the qualifying games for the 2022 FIFA World Cup in Qatar and the respective tournaments.''

Gyan, formerly of Sunderland, will only be regarded as a statesman if he gets called up into the team.

He has not played for Ghana since his bit-part role with team in Egypt for the Africa Cup of Nations.