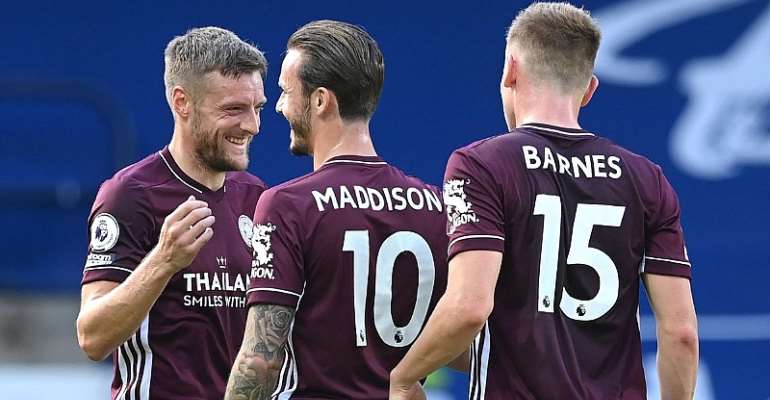 Leicester City made a successful start to their 2020-21 Premier League campaign with a comfortable 3-0 victory over West Bromwich Albion at the Hawthorns.

The home side started the better of the two, without ever really troubling Kasper Schmeichel. After half an hour Leicester finally sprung into life and Harvey Barnes forced two smart saves from Sam Johnstone.

The visitors remained on top in the second half and took a deserved lead when new signing Timothy Castagne headed home from close range after a cross by Dennis Praet just before the hour. Jamie Vardy then secured all three points for Leicester with two penalty kicks in the final 16 minutes.

West Brom now travel to Goodison Park to play Everton next Saturday, while Leicester will host Burnley on the Sunday evening.