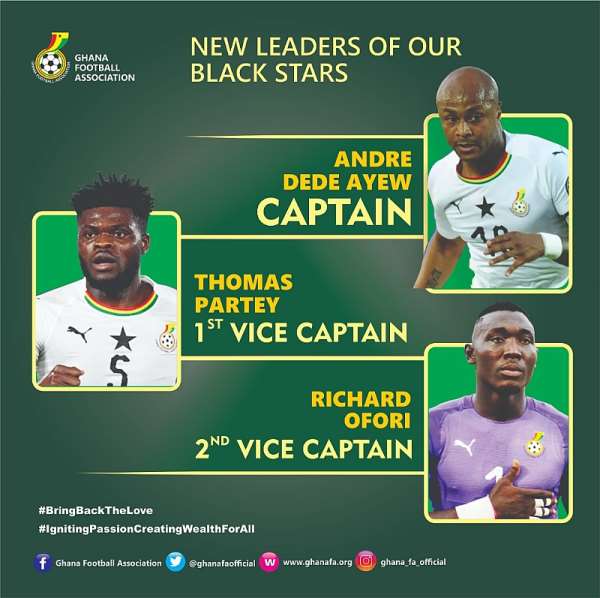 The Technical team of the Black Stars has taken the decision to maintain Andre Dede Ayew as the captain of the team, a statement from the Ghana Football Association (GFA) has confirmed.

The Swansea City forward was handed the captain's armband of the Ghana senior national team by former head coach James Kwesi Appiah prior to the 2019 Total Africa Cup of Nations tournament.

With Coach Charles Kwablan Akonnor taking over as the head coach of the Black Stars team earlier this year, he has together with his deputies decided to keep Andre Ayew as the team captain.

“The Technical team of the senior national team, the Black Stars, upon a broad consultation, has maintained Andre Ayew as Captain of the side”, a statement on the website of the Ghana FA has said.

Meanwhile, Thomas Teye Partey of Atletico Madrid has been appointed as 1st Vice-Captain while Richard Ofori steps in as 2nd Vice-Captain.