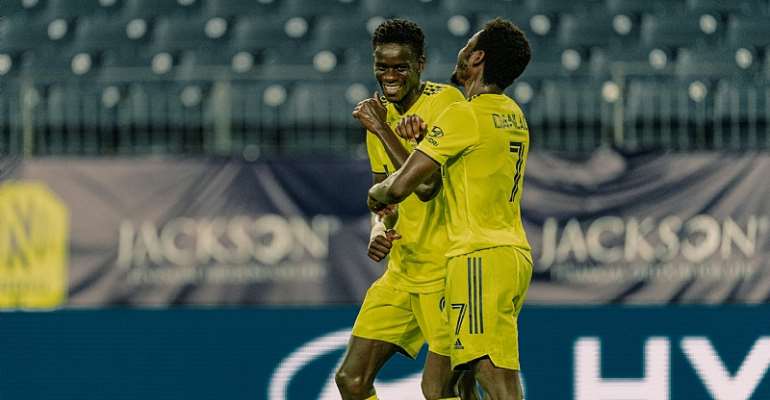 The 24-year old joined the club earlier this year and has gradually found his feet. In a Matchday 10 fixture played at the Nissan Stadium, he was named in the starting 11 of his club to face the opponent.

Abu Danladi put in a good shift and finished with a goal to wrap up a big win for Nashville SC against Atlanta United.

In the game which produced a total of 6 goals, the Ghanaian found the back of the net in the second half to add to 3 goals scored by Dominique Badji, Hany Mukhtar, and Dax McCarty in the first half.

For Atlanta United, a Jeff Larentowicz equalizer in the first half plus a goal from George Bello in the second half served as the consolation goals.

Abdu Danladi played 62 minutes of the encounter before his place was taken by Taylor Washington. This season, he has featured in 10 matches and will now be hoping to score more in subsequent games in the MLS.