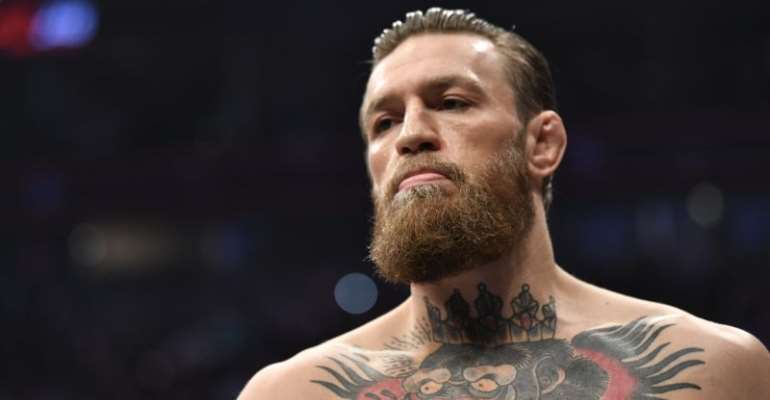 Conor McGregor, through his manager and a spokesperson, denied any allegation of sexual assault during a trip to Italy.

The wire service Agence France-Press reported Saturday that McGregor had been taken into custody in Corsica, France, and questioned about a potential sexual assault.

“Following a complaint filed on September 10 denouncing acts that could be described as attempted sexual assault and sexual exhibition, Mr. Conor Anthony Mac Gregor was the subject of a hearing by the gendarmerie services,” AFP reported.

McGregor was traveling on his yacht with his fiancée, Dee Devlin. TMZ reported that an outlet in France said the alleged incident occurred in a bar.

McGregor, whom the New York Times twice reported in 2019 was being investigated for an alleged sexual assault in Ireland, vehemently denied he had been involved in the alleged incident in France.

“Conor McGregor vigorously denies any accusation of misconduct,” a spokesperson for the former UFC champion said in a statement provided to Yahoo Sports. “He has been interviewed and released.”

McGregor has had numerous run-ins with the law and has not fought since defeating Donald Cerrone in the main event of UFC 246 on Jan. 18 at T-Mobile Arena in Las Vegas. He announced his retirement, but most disregarded it as a negotiating ploy with the UFC. A USADA representative boarded McGregor’s yacht on Friday to give him an anti-doping test.

He is one of the richest athletes in the world and a regular on Forbes’ annual list of highest-paid athletes.

His manager, Audie Attar, released a statement to Yahoo Sports defending McGregor and denying he was involved in a crime.

“I am irate and putting out a warning loud and clear: Conor McGregor is not and will not be a target for those seeking to score a headline or a payday,” Attar said in a statement.

Yahoo Sports reached out to UFC president Dana White for comment, but he could not be immediately reached. White is promoting a fight card Saturday at UFC Apex and also spending time with his friend, President Donald Trump, who is in Las Vegas campaigning.