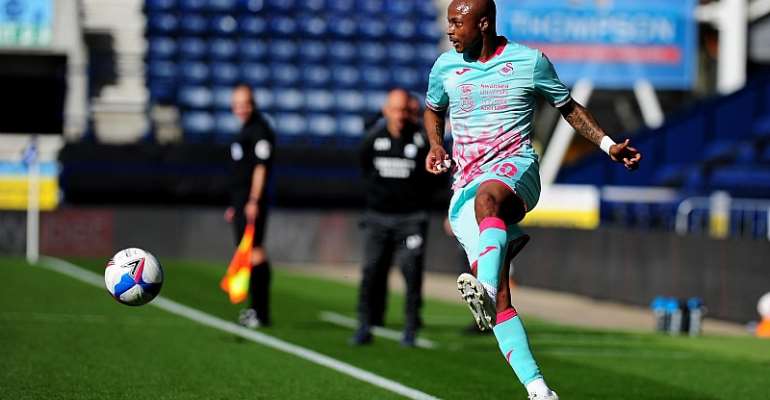 Ghanaian duo, Jordan Ayew and Andre Ayew were both in action for their respective clubs as the 2020/21 English Premier League and Skybet Championship started today behind closed doors.

Jordan, 28, helped Crystal Palace to record a 1:0 win over Southampton.

A Wilfried Zaha goal on the 13th minute after he was assisted by Andros Townsend served as the winning goal to send Southampton back to the St. Mary’s with no point.

Jordan lasted the entire duration of the game.
In the Skybet Championship, Black Stars skipper, Andre Ayew was also in action as Swansea City recorded a 1:0 win over Preston North End.

Andre earned a starting role when Swansea City visited the Deepdale Grounds to take on Preston North End in their opening game.

Despite a pulsating encounter in the first half, neither club could get on the scoresheet. Less than 10 minutes after recess, Swansea City had the breakthrough courtesy a strike from Morgan Gibbs-White after he was assisted by Jake Bidwell.

Palace will play Bournemouth in the EFL Cup second-round game before they travel to Old Trafford to play Manchester United.

Meanwhile, Swansea City will host Birmingham at the Liberty Stadium in their second game of the season.