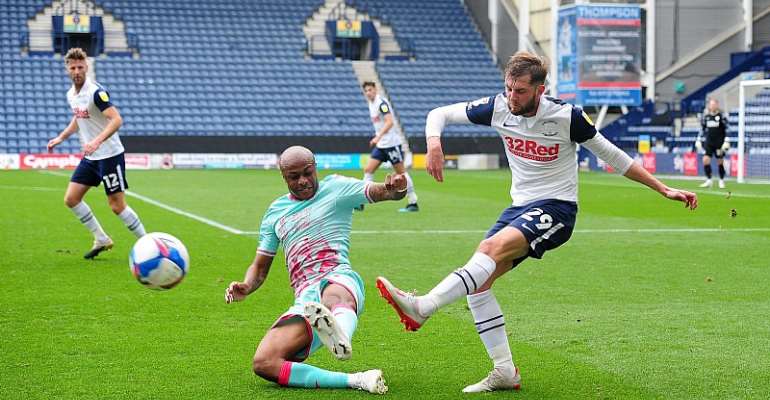 After a short break on the back of the 2019/2020 football season which had to be stretched as a result of the Coronavirus pandemic, a new football season has started this weekend in England.

In a Matchday 1 fixture of the 2020/2021 English Championship season today, Andre Ayew earned a starting role when Swansea City visited the Deepdale Grounds to take on Preston North End.

Despite a pulsating encounter in the first half, neither club could get on the scoresheet. Less than 10 minutes after recess, Swansea City had the breakthrough courtesy a strike from Morgan Gibbs-White after he was assisted by Jake Bidwell.

At the end of the win, Andre Ayew finished with a decent rating of 6.8 from Modernghana Sports statistics providers SofaScore.

Check out the attacker's stats in details below: