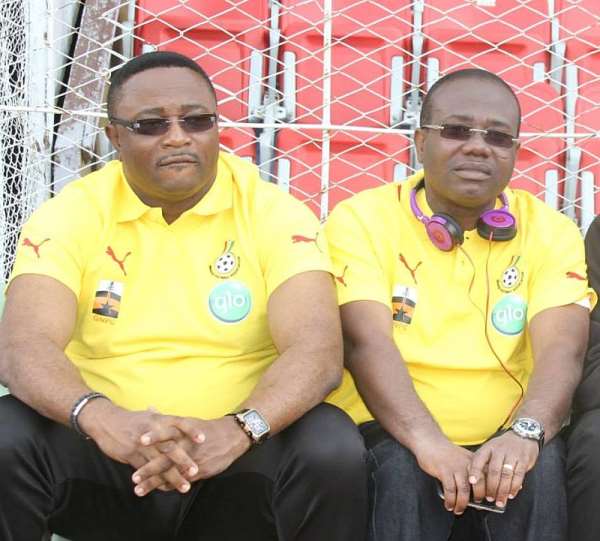 Mr Nyantakyi has been banned for life following the airing of the 'Number 12' by Anas Aremeyaw Anas that uncovered the rot in Ghana football.

The Ghana state has also dragged the former CAF 1st vice president and FIFA Executive Council member to court for unlawfully using the name of the President and the Vice president, Nana Akufo Addo and Mahamadu Bawumia to solicits for funds for the Ghana Premier League.

However, Mr Ankrah, who is also the Director of Communications for the opposition National Democratic Congress [NDC] said it will be premature to judge Kurt Okraku as he has not even spent a year as the GFA boss.

"Kurt Okraku has not spent even a year as the GFA president so let’s give him the opportunity to prove himself," he told Kumasi FM

"Let’s together support him with prayers to succeed but he must learn lessons from his predecessor and make sure he does not repeat those same mistakes," he added.

Kwasi Nyantakyi has become the longest-serving GFA boss after 13 years.

The country, however, played the FIFA World Cup under his auspices as the president of the Football Association in 2006 in Germany.

Ghana subsequently participated in the 2010 and 2014 in South Africa and Brazil respectively.

The Black Satellites also won the FIFA U-20 World Cup in Egypt.

Elvis Afriyie Ankrah was Youth and Sports Minister when Ghana played at the 2014 world cup in Brazil.