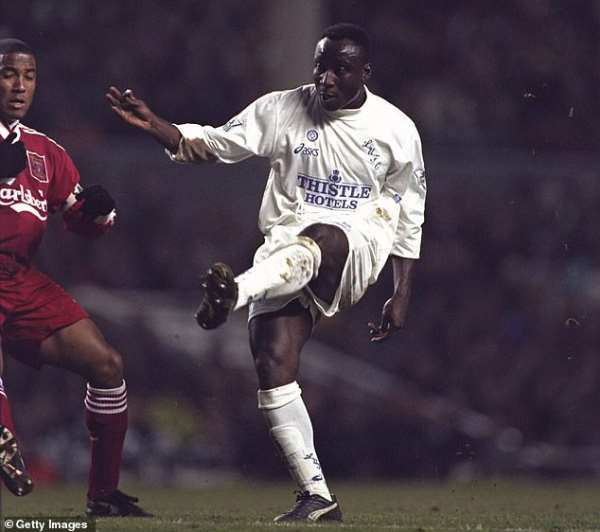 Leeds United signed the former Ghana international on an initial loan deal from German side Eintracht Frankfurt in January 1995.

However, Yeboah became an instant hit at the club and won the hearts of the supporters.

'At that time, Leeds was not sure I could play in English football, so they only loaned me for six months and wanted to test me before maybe they could sign me,' Yeboah told Sportsmail.

After enjoying a brilliant season at Leeds United, Tony Yeboah signed a permanent deal with the club.

However, the former Okwawu United player disclosed that Manchester United came knocking with a good offer to switch camps to join Sir Alex Ferguson’s side which included the likes of Eric Cantona.

However, the striker turned down the offer and decided to stay at the Yorkshire club for a transfer fee of £3.4 million.

“After six months, it was fantastic and I had an offer from Manchester United.

"But I decided to stay at Leeds because of the way the fans treated me. I couldn't have gone to any other club,” he added.

Yeboah scored a total of 32 goals for Leeds United in 66 appearances and won the club’s Player of the Year.