Kevin Prince Boateng Linked With A Return To Las Palmas 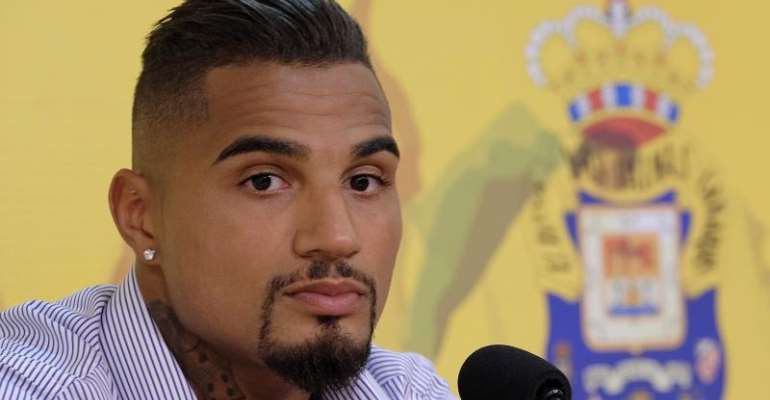 Ghana international, Kevin-Prince Boateng has been linked back to Segunda Division side, Las Palmas.

The 33-year-old has 10 months to run on his current deal with Serie A club Fiorentina, after spending the 2019-20 season on loan at Turkish SuperLig side, Besiktas.

The forward has, however, returned the Fiorentina after failing to extend his loan deal with th club.

According to Spanish portal, Marca, the Canary Island club want to bring Boateng back to Gran Canaria, after he spent a season there in 2016-17.

Pepe Mel’s side, who narrowly missed out on a La Liga promotion spot in 2019-20, are rumoured to be willing to offer Boateng a three-year deal before the summer transfer window ends.

Fiorentina Sporting Director Daniele Prade has reportedly opened the door for Boateng’s exit after confirming the Italians will not be including him in their plans in 2020-21.

Boateng made a big impact when he spent the 2016/17 season in LaLiga Santander with the Gran Canaria-based outfit, making 28 appearances and scoring 10.

He left Las Palmas to join Eintracht Frankfurt in 2018, helping the club to win the German DfB Pokal Cup.

Boateng has enjoyed a nomadic career with over 400 top-flight appearances across spells in Germany, England, Italy, Spain and Turkey since 2005.