Eric Donkor’s Management To Confirm Next Club Of Defender Soon 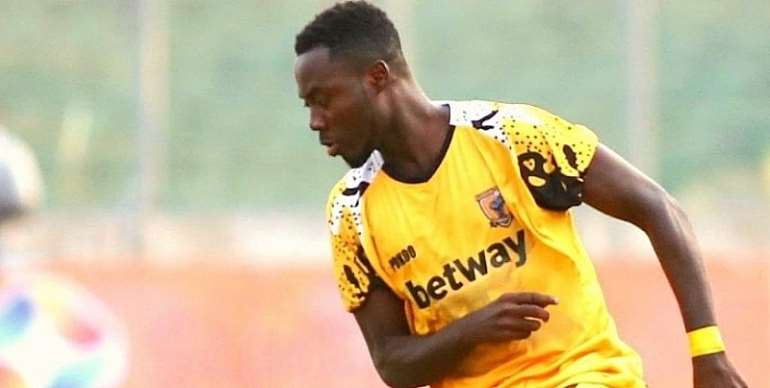 Free-agent Eric Donkor has revealed that his management will in the coming days announce his next club ahead of the upcoming football season.

The defender has finally parted ways with Obuasi Ashanti Gold SC, bringing a 3-year stay at the club to an end.

With many wondering where Eric Donkor will likely play next, the defender has in an interview with Accra-based Angel FM called for calm.

According to him, all is in the hands of his management and an official announcement on his next destination will be made soon

“For now, I cannot confirm where my next club will be but in the coming days my management will release a press statement on my next move”, the defender shared.

During the 2019/2020 Ghana Premier League season, Eric Donkor featured in all 15 matches for Ashanti Gold SC before the campaign was suspended and subsequently canceled as a result of the Coronavirus pandemic.

The 28-year old previously played for Asante Kotoko SC and is regarded as a decent full-back in the country.