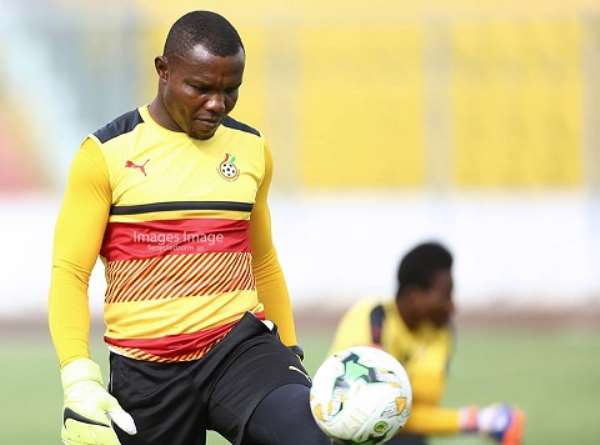 Black Stars goalkeepers trainer Richard Kingson has opined that the inconsistencies that have characterized the Ghana Premier League seasons in recent times is affecting the performances of goalkeepers in the country.

Known to produce fine shot-stoppers in the past, it now appears only the top clubs in the country boast of the decent goalkeepers although there are a few good goalkeepers around in some other teams.

According to Richard Kingson, the decline in performances of goalkeepers can be attributed to the distractions that have hit the Ghana Premier League campaign in the last few seasons.

“Inconsistency that has bewildered the GPL is a major factor that has reduced the performance of goalkeepers in Ghana.

“Some of the goalkeepers do not make time to personally train themselves to lift their game”, the former Accra Great Olympics goalkeeper said in an interview with Accra-based Angel FM.

Richard Kingson, 42, further bemoaned how many do not accord respect to the role goalkeepers play for their various teams.

“Unfortunately, a lot of people do not respect the goalkeepers’ role in a term”, he added.

Kingson is regarded as one of the finest pair of hands to come out of Ghana. He played at the 2006 and 2010 FIFA World Cup tournaments as well as the Africa Cup of Nations tournament hosted in Ghana in 2008.

Election Petition: Supreme Court is not a forum for “organis...
6 minutes ago

Two grabbed for child trafficking in Tatale
6 minutes ago