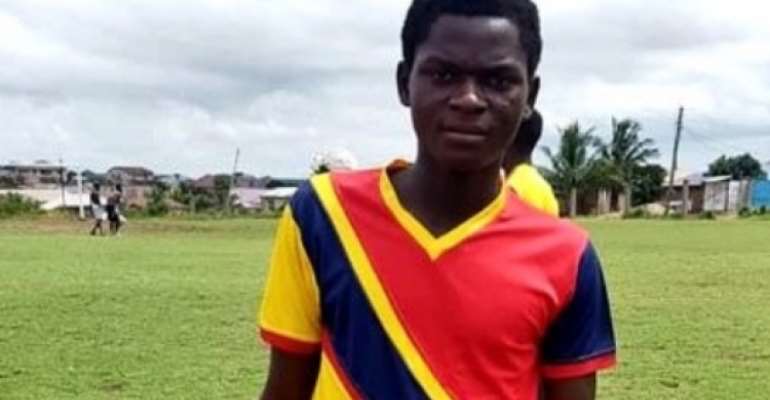 Hearts of Oak’s teenager, Franklyn Owusu has expressed his readiness to work and prove his worth in the first team of the club after his recent promotion from the youth team.

The highly-rated striker has been with the Auroras team for quite some time and has so far significantly developed his game.

On the back of a call-up to the Ghana U-20 team, Franklyn Owusu has now been promoted to the senior team of the Phobians.

Commenting on his latest feat, the striker says he accepts the challenge to join the first team and will work hard to prove his worth.

“I am a very ambitious person and always wants to take up challenges and, I see this one as another opportunity to prove my worth at the senior team of this great club”, Franklyn Owusu said in an interview with the media team of Hearts of Oak.

For Coach Edward Nii Odoom, he has pledged to continue helping the forward to ensure he becomes an integral player of the team.

“We will continue to work on him now that he is with the first team, and, I am very confident that going forward, he will become an important player for the club”, the gaffer shared.