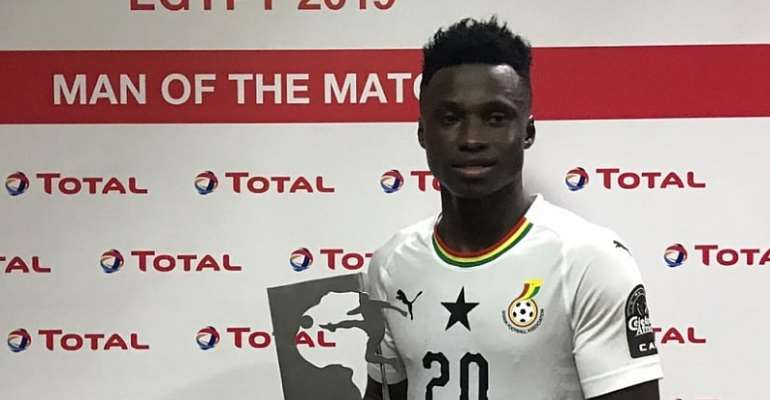 Evans Mensah with a Man of the Match award at last year's U-23 AFCON.

The highly-rated forward was signed by Qatari outfit Al Duhail SC last year on the back of his explosive display at the CAF U-23 Africa Cup of Nations tournament in Egypt where he played for the Ghana team.

He will be subsequently sent out on loan to the Portuguese side Portimonense on loan. After what can be termed as uneventful, Evans Mensah has returned to Al Duhail SC and has now been sent out on a similar spell to Al Kharaitiyat for the next year.

The newly-promoted club is determined to excel and keep hold of their top-flight status at the end of the 2020/2021 Qatari Stars League season.

They believe the addition of Evans Mensah gives them a massive squad boost and hence the decision to secure his services on a season-long loan.

Evans Mensah, 22, has in the past played for clubs including HJK Helsinki and Inter Allies FC.