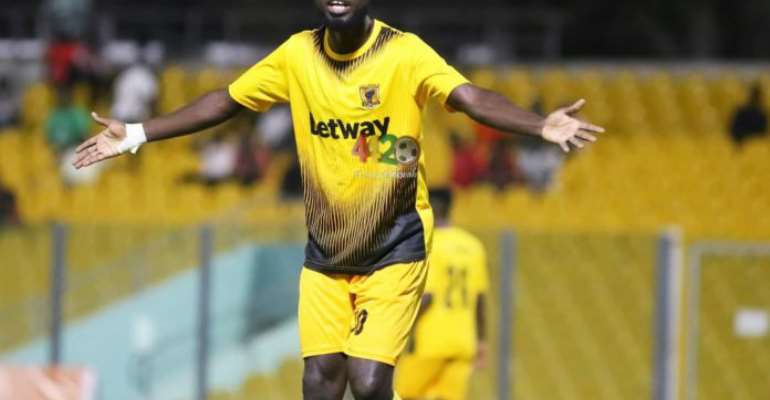 Defender Eric Donkor beleives AshantiGold SC ahead of his former side Asante Kotoko.

Donkor in an interview with Accra based Angel FM, said the Miners are ahead of the Kotoko in terms of infrastructure but does not come close to the Porcupine Warriors in terms of pedigree.

The defender has played for both clubs and has a better understanding comparing the two clubs.

“In terms of infrastructure, I will say Ashgold is ahead of Kotoko," he told Accra based Angel FM.

"Ashgold had their own camping base, pitch and so many other things but in terms of pedigree, Kotoko is ahead of Ashgold," he added.

The enterprising left-back recently left the Obuasi based club after two years of dedicated services.

Donkor is currently in search for a new club after leaving Ashgold.