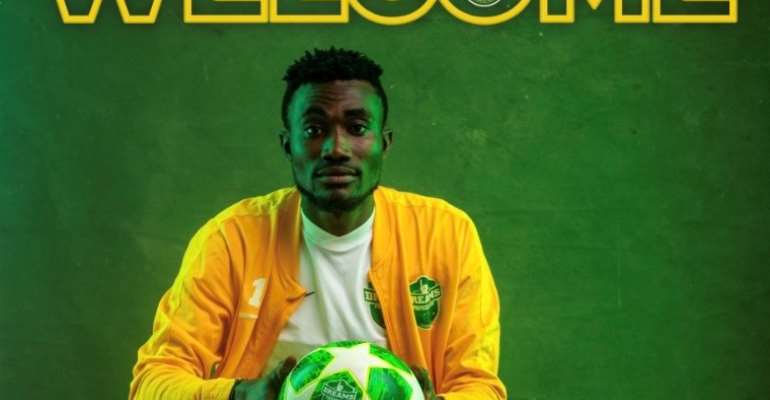 Dreams Football Club (FC) new signing, Agyenim Boateng Mensah has noted that his aim is to score goals in the upcoming football season to ensure he emerges as the goal king of the Premier League.

Last season, the clinical striker found the back of the net 10 times after featuring in 13 matches for Nzema Kotoko in the National Division One League.

In the ongoing transfer window, Dreams FC has secured his services to give their team a squad boost as they prepare for the next football season.

“Following a successful medical assessment, Dreams Football Club wishes to announce Agyenim Boateng Mensah as a player of the club after the ex Nzema Kotoko striker signed a 4 year deal with the club”, a club statement said on Thursday to confirm the signing of the striker.

Speaking to the media team of Dreams FC, Agyenim Boateng Mensah has indicated that his goal to continuously find the back of the net in order to merit the top scorer award at the end of the season.

“I have a simple target to score goals and win the goal king at the end of the season. I was scoring goals in the Division One and I am here to continue that”, the forward said as quoted on the website of Dreams FC.

Agyenim Boateng Mensah added, “I also want to help the club win trophies and put smiles on the faces of the fans.

“I want to tell the fans to keep calm and pray for us. Next season is going to be an exciting season for Dreams FC”.