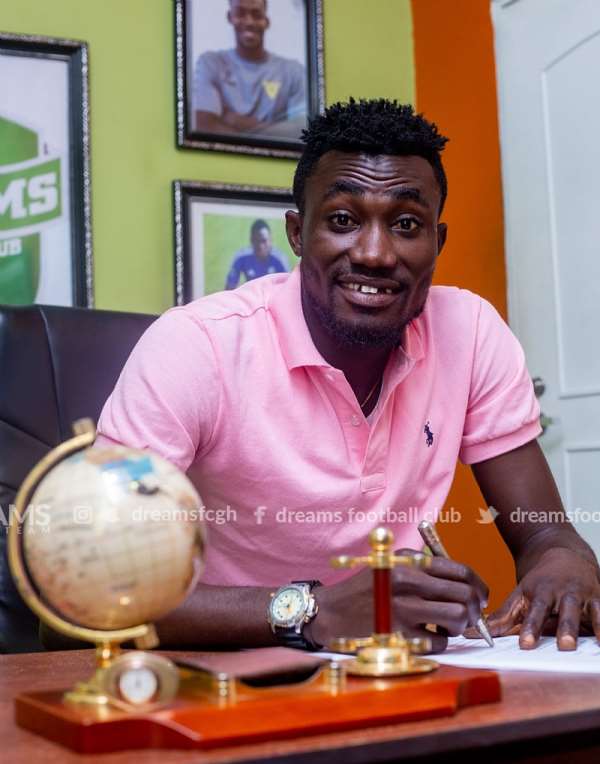 New Dreams FC striker, Agyenim Boateng Mensah has given assurance to the supporters of the club of an exciting campaign in the upcoming 2020/2021 football season.

The lethal striker has been unveiled by the Ghana Premier League club as their latest acquisition as they continue preparations for the next season.

“Following a successful medical assessment, Dreams Football Club wishes to announce Agyenim Boateng Mensah as a player of the club after the ex Nzema Kotoko striker signed a 4 year deal with the club”, a club statement said on Thursday.

In his first interview after sealing the transfer to Dreams FC, Agyenim Boateng has called on the supporters of the club to stay calm and expect an exciting campaign when the new season comes around.

“I want to tell the fans to keep calm and pray for us. Next season is going to be an exciting season for Dreams FC”, the forward told the media team of his new club.

During the 2019/2020 Division One League season, the attacker featured in 13 games and scored as many as 10 goals. He will be expected to bang in the goals for the Still Believe outfit next season.