Racism: Andre Ayew Recounts How Bananas Were Thrown At Him Russia 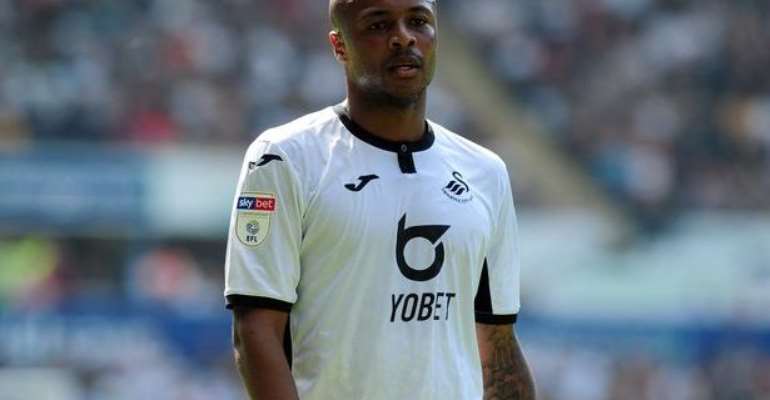 Ghana and Swansea City star, Andre Ayew has revealed that he was racially abused during a Europa League game against Zenit St. Petersburg in Russia.

The FIFA U-20 World Cup winner speaking an interview with Sky Sports said bananas were thrown at him all through the game and called for a change in attitude.

"If you look back to the years before my dad's time, it was even worse than now. These players like my dad paved the way for everyone to come in and prove that black people can do the job in Europe," the 30-year-old said.

"I remember playing in Russia in the Europa League versus [Zenit] St. Petersburg, getting bananas thrown everywhere.

"People have gone through worse, I'm talking about my personal experience, but I've seen friends going through things and I just feel like that's not how it should be.

"We need to make sure that we stamp our foot on the floor and make sure that it changes. Nothing's easy but we need to keep going and not give up in what we believe in. I think that can take the world to another level."

"I think the movement can achieve what we all want - equality, that's all," Ayew told Skysports.com.

"We've been through this so long that we just feel like enough is enough. Let everything be okay for everyone, let's just let it be equal for everyone.

"It's going to be hard but if we all keep believing and feeling like everything we're doing is right and for the right cause, then I think that we'll make it,” he added.