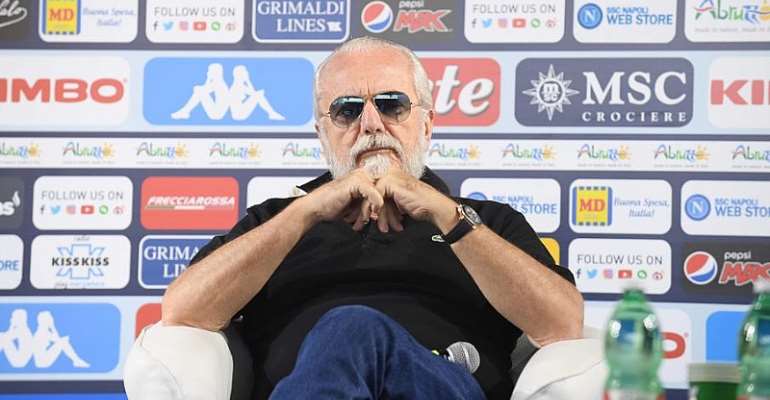 "SSC Napoli can confirm that club president Aurelio De Laurentiis tested positive for Covid-19," the club said on its website but gave no further details.

Italian news reports said De Laurentiis showed symptoms of the disease when meeting other Serie A officials in Milan on Wednesday to discuss TV rights and the resumption of the Italy's top professional league competition.

De Laurentiis, 71, who is also a prominent Italian film producer initially thought his higher temperature was the result of indigestion after eating oysters.

He was not told that he tested positive until the evening after the Milan meeting, wrote the La Gazzetta dello Sport.

He then immediately warned other delegates attending the meeting as well as journalists who spoke to him, news reports said.

The charismatic De Laurentiis is best known for buying Napoli after the club went bankrupt in 2004 and were relegated to the third division of Italian football.

After three years, Napoli returned to Serie A football and is now reportedly one of the few clubs in the league to routinely turn a profit.

While at Napoli, "ADL", as De Laurentiis is known, made a name as one of the most outspoken presidents in Europe and he has often challenged other clubs, referees and players.

In July he demanded that Napoli's Champion's League last 16, second leg game against Barcelona be moved from Spain because of a new wave of coronavirus cases there.

The game was eventually played in Barcelona and Napoli lost 4-2 on aggregate.