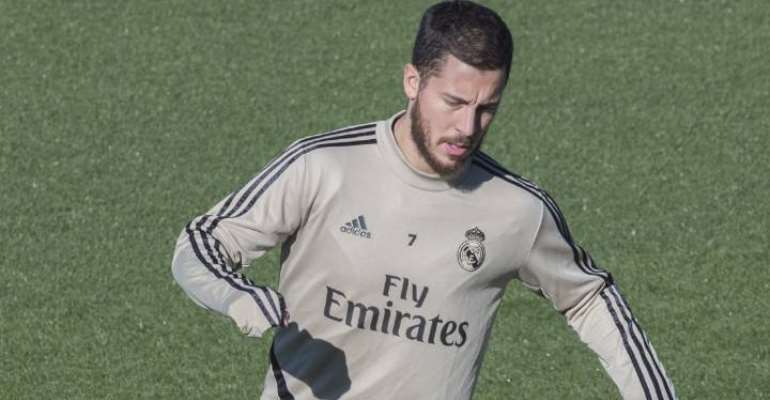 Eden Hazard is “under scrutiny” at Real Madrid following his strange international week with Belgium, according to the front pages of Thursday’s Spanish sports newspapers.

The 29-year-old did not feature at all for his nation in the Nations League this week and his decision to join up with his national side, combined with comments from Belgium boss Roberto Martinez, has left more questions than answers in the Spanish capital.

The front page of Marca cite Martinez as saying that Hazard – on the eve of a new La Liga season – is not prepared to play 90 minutes and he needs to work, while the front page of AS admits that there is now concern in Madrid over the situation.

The player’s decision to join up with the national team means he has lost 10 days of pre-season training with his club and there is said to now be scrutiny over the decision.

Hazard netted just one goal across 22 appearances in his debut campaign in Spain, although Madrid ended up winning their first league title in three years.

The Belgian international suffered a fracture to his right distal fibula during the 1-0 La Liga loss at Levante in February – just a week after he returned from a similar three-month layoff, summing up a difficult campaign.