Edwin Gyasi In Good Shape Ahead Of Samsunspor Clash With Altay 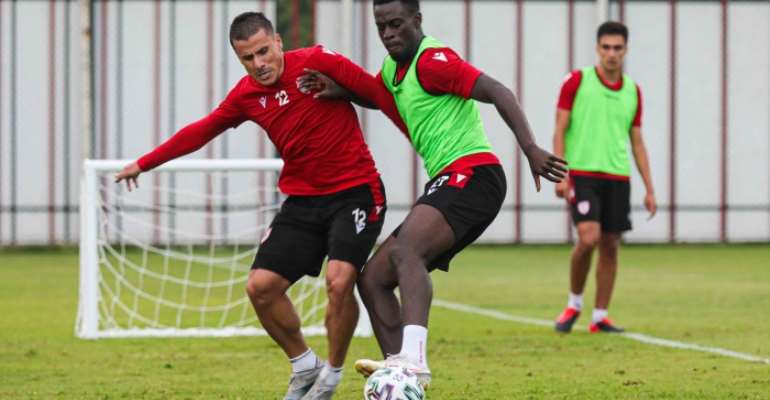 Ghana star, Edwin Gyasi is gearing up to officially make his debut for Samsunspor when the play Altay on Sunday.

Gyasi joined his Samsunspor teammates on Wednesday afternoon at the Nuri Asan Facilities as they prepare for their first game of the season.

The skilful and pacy forward was in action when Samsunspor defeated Giresunspor in preseason last week.

The 28-year-old joined the Turkish side on a three year deal from Bulgarian side, CSKA Sofia this summer.

Gyasi joined the club with a lot of prospects and will play a huge role as the club look to book their place in Turkish top-flight in the 2021/22 season.