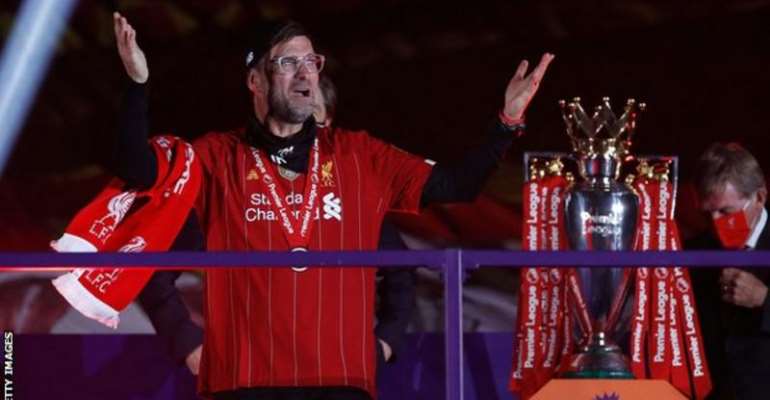 Manager Jurgen Klopp says Liverpool are a "different club" to some rivals in the transfer window as they are "not owned by countries or oligarchs".

The Premier League champions have only signed Kostas Tsimikas for £11.7m, while Chelsea have spent about £200m.

Klopp says the "uncertainty" created by the coronavirus pandemic is "less important" for some clubs.

"We cannot change that overnight and say: 'Now we want to behave like Chelsea,'" he told BBC Radio 5 Live.

"Clubs are in different situations and we are living in uncertainty in the world. For some clubs, it seems to be less important how uncertain the future is because they are owned by countries, owned by oligarchs and that is the truth.

"We are a different kind of club. We reached the Champions League final two years ago, won it the following year and won the Premier League by being the club we are."

Klopp's side finished 18 points clear of Manchester City as they won their first league title in 30 years, with Chelsea 33 points behind in fourth.

Chelsea were unable to making any signings last summer because of a Fifa transfer ban, but it was halved on appeal in December 2019 to allow them to bring in players from January this year.

Klopp pointed to the post-lockdown form of midfielders Naby Keita and Curtis Jones and the fact Minamino "looks completely different" after settling in since January as reasons Liverpool do not need to make numerous signings this summer.

The German also says he is focused on improving the players in his squad rather than bringing new ones in.

"That is football. No-one wants to talk about training and only about signings."