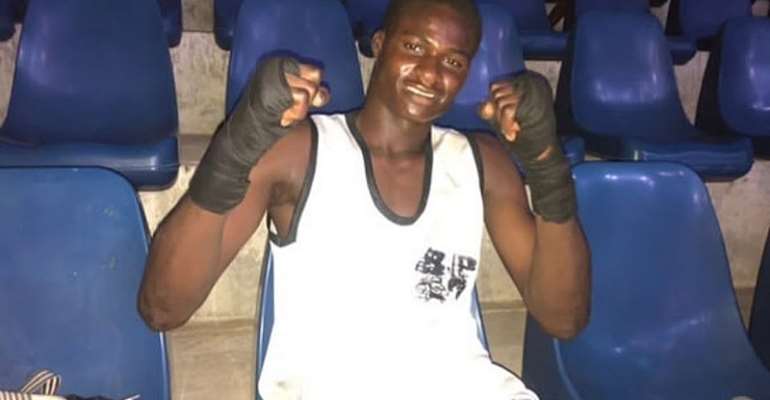 The federation’s president hinted that Commey was a core member of the national amateur boxing team, though he could not make it to the Olympic Qualifier due to lack of finance to cater for all the boxers in all the weight classes.

“It is a big blow, he is part of the core team he was supposed to have gone with us to Senegal. For the 2023 games going to be held in Ghana, he was also supposed to be part of the team,” said George Lamptey.

According to Mr Lamptey, he was shocked to hear the sad news. In disbelief, he said he had to confirm the validity of the story at the mortuary in person.

The young boxer passed away last month amid preparations towards the 13th African Games to be held in Ghana in 2023.

Meanwhile, his personal coach Eben Adjei aka ‘Killer’ of Black Panthers Gym told Yours Truly the family will meet on 17th September, 2020 to plan on the funeral.

John Commey was the son of Percy Commey, one of Ghana’s fine retired boxers. A professional feather/super featherweight boxer of the 1970s, '80s, '90s and 2000s who won the Ghanaian featherweight title, African Boxing Union featherweight, and Commonwealth.

It's not good at all — GMA expresses concerns over rising CO...
23 minutes ago