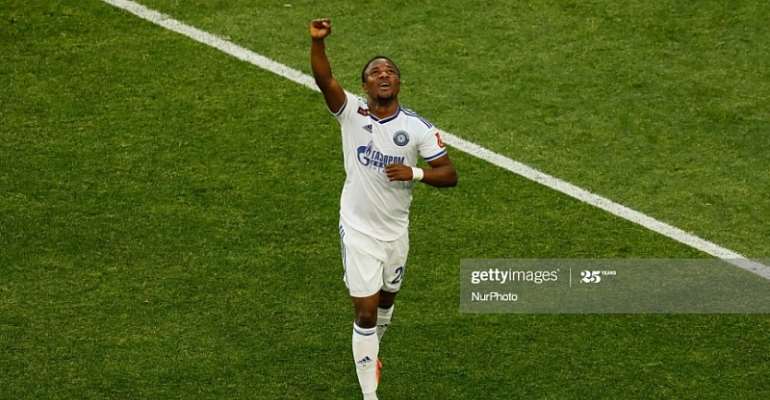 Ghanaian youngster Joel Fameyeh registered his name on the scoresheet for FC Orenburg on Wednesday afternoon to help the team post a 3-0 win over Shinnik Yaroslavl in Russia.

The forward established himself as a key asset for his team last season and continues to shine for the side this season.

In a Matchday 8 fixture of the 2020/2021 Russian Football National League campaign against Shinnik Yaroslavl, Joel Fameye started the game for FC Orenburg.

Leading the attack of the home team, the striker enjoyed another good game and finished with a goal that came in the first half on the 37th minute.

Fameyeh’s equalizer served as his team’s second of the matchday on the back of the opening goal scored by Nikolai Prudnikov.

At the end of the 90 minutes at the Gazovik Stadium, an outstanding performance from FC Orenburg saw them cruising to a 3-0 win as they brushed aside Shinnik Yaroslavl.

Joel Fameyeh now has 2 goals this season after featuring in 6 games for his team.