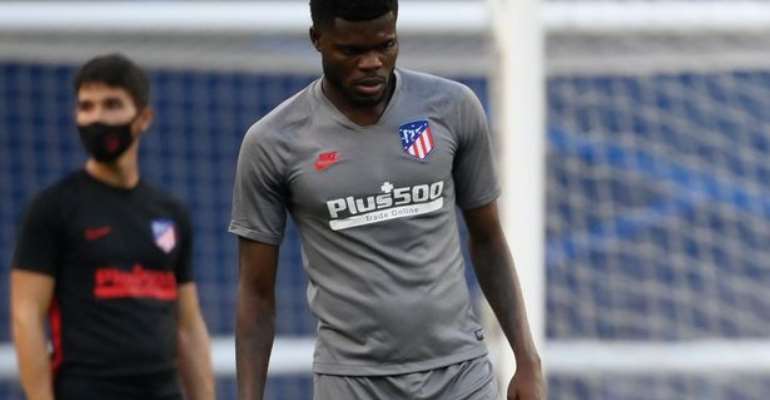 Thomas Partey has rejected the offer of to sign a new deal with Atletico Madrid, according to The Sun Newpaper.

Partey, has emerged as a top target for top European clubs this summer.

With just two year left on his contract, Partey has been strongly linked to Arsenal with Juventus and PSG also interested in the midfielder.

Atletico are on the verge of signing Espanyol midfielder Marc Roca as Partey's replacement.

The 27-year-old is seen as a top target for Arteta, but the player’s £45 million release clause has, until now, posed a problem.

However, the Gunners could be forced to raise transfer funds through the sale of other players, with the club willing to listen to offers for Matteo Guendouzi, Shkodran Mustafi and Lucas Torreira.

Modernghana.com has exclusively revealed that the 27-year-old will join Arsenal this summer.

Partey has been a kingpin for Atletico since breaking into the first team in 2015.