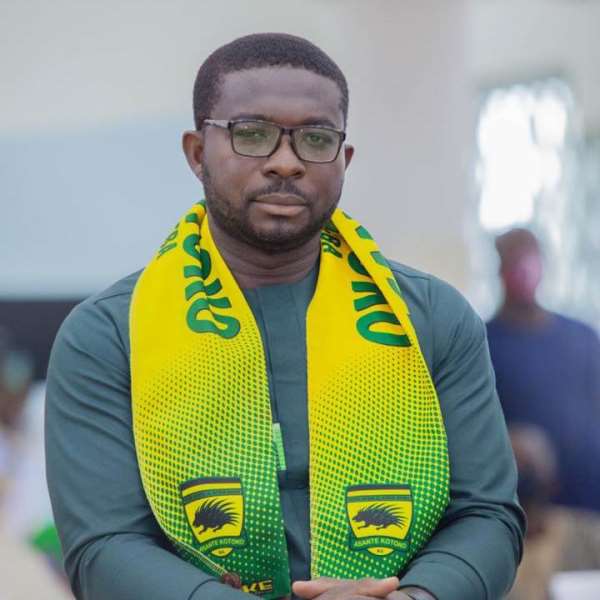 The Chief Executive Officer of the Asante Kotoko has constituted a six-member management team to steer affairs of the club until 2023.

Asante Kotoko board of directors have approved the individuals submitted by the club's CEO Nana Yaw Amponsah as his management team.

Ghana Football Association (GFA) deputy secretary in charge of administration, Emmanuel Newton Dasoberi has been appointed as the new administrative manager of the Porcupine Warriors for the next three years.

Dasoberi who is a long-standing staff of the country's football governing body has vast experience in administrative works.

Currently, he is the manager and secretary of the Ghana Football Association club Licensing Board.

A new role — Brands and Marketing department — has been instituted at the two-time CAF Champions League winners by Nana Yaw Amponsah to elevate the club in digital marketing.

The 28-year-old is touted as one of the finest digital marketers in Ghana following his stupendous works at Division One League side Bofoakwa Tano in the last four years.

Obeng Nyarko performed extremely well during his four-year stint at Bofoakwa Tano which made the Sunyani-based club one of the most followed brands in Ghana football on social media.

Lawyer Kwame Akuffo has been named as head of club’s legal department.

Akuffo Esq. become popular in Ghana after he was named as the lawyer for the defunct gold-dealership firm Menzgold Ghana Limited.

He is a senior member of the one of Ghana's biggest law firm Akufo-Addo, Prempeh & Co and has been working with them since 1998.

Antwi Benefo who recently returned to the media industry after a two-year break to work with Ghana National Petroleum Corporation (GNPC) has been handed the top position at the Kumasi-based club as the Nana Yaw Amponsah continue to revamp the structures at the club.

He left his job as an aide to the Chief Executive officer of Ghana National Petroleum Corporation (GNPC), Dr. Desmond Kofi Kodua Sarpong to pick up the vacant position at Asante Kotoko.

Currently, the celebrated Sports Journalist is the head of Sports at Kumasi-based radio station Nhyira FM.

Two other individuals who were submitted to the 12-member Board of Directors by the club's CEO are yet to be approved for the various positions.

Below is the list of the new Kotoko management team