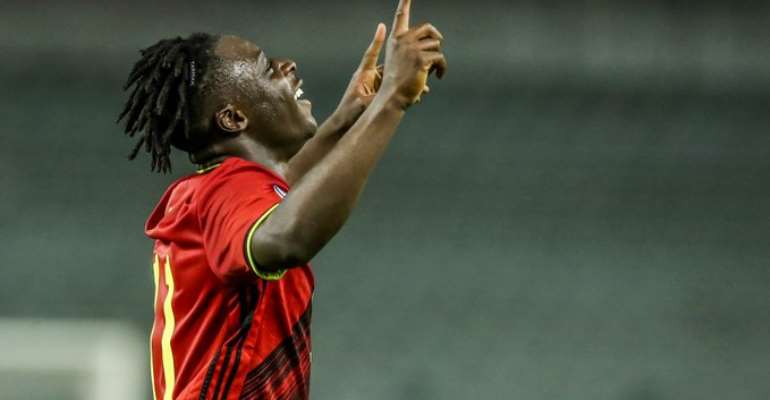 Teenage sensation Jeremy Doku scored on his full debut for Belgium on Tuesday night when the team posted an emphatic 5-1 over Iceland in the Uefa Nations League.

The 18-year old after significantly impressing for Anderlecht in the past year has deservedly earned his maiden senior national team call-up from Red Devils manager Roberto Martinez.

Last Saturday, the exciting forward had his first bite at playing with the big boys when he climbed off the bench to enjoy a few minutes of Belgium’s 2-0 win at Denmark.

Today, Jeremy Doku’s manager decided to change the team a bit and handed him a starting role to help the team in their game against Iceland at the Koning Boudewijnstadion.

The Anderlecht talent put in a good shift and finished off an outstanding performance with a goal on the 80th minute to put the icing on the cake for Belgium.

The teenager latched onto a through ball from Kevin De Bruyne and displayed confidence in the 18-yard box of the opponent before rifling his effort into the back of the net.

At the end of the 90 minutes, Jeremy Doku earned a high rating of 7.8 from Modernghana Sports Statistics providers SofaScore.

Below is the Match stats of the winger who is of Ghanaian roots:

On the Matchday, Holmbert Aron Fridjonsson scored Iceland’s consolation goal on the 11th minute to give the visitors the lead.

Two minutes later, Axel Witsel scored to restore parity for Belgium before a Michy Batshuayi brace sandwiched an equalizer from Dries Mertens. Adding up to the Jeremy Doku goal, Belgium earned all 3 points to remain top of the Uefa Nations League, League A, Group 2 standings.