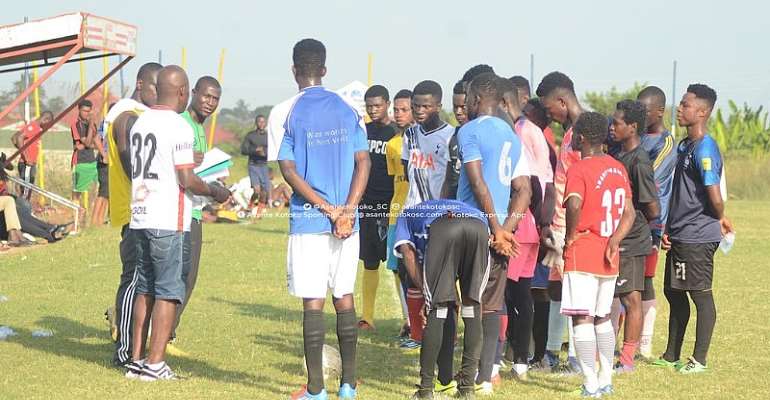 According to the ex-footballer, the Porcupine Warriors club should have built its academy a long time ago as has been done by the top clubs in the world.

Recalling times from the past where Kotoko had some of the best players from its youth team, Michael Osei has stressed that it is time the club prioritized its youth set-up.

“One thing we should have done a long time ago is the academy. Look round the world, the most successful clubs have a vibrant academy.

“Let's try and remember Herbert Mensah and coach Ernst Middendorp era where they picked Osei Kwame, Michael Ofosu Appiah (CID), Kwadwo Poku, Akwaffo, etc. They were playing for the Kotoko U17 and the U20. They quickly replaced us”, Michael Osei told Hello FM in an interview.

He continued, “It's the number one policy Kotoko should embark on. Kotoko should start doing it. I'm not saying Kotoko shouldn't buy big players, even TP Mazembe do it although they have an academy.

“We also can sell some of them and not depend on the supporters always. Imagine what the club will get if we sell at least three players for 500, 000 dollars every year. It's the number one priority Kotoko should do now.

Meanwhile, the newly appointed Chief Executive Officer of Asante Kotoko, Nana Yaw Amponsah is expected to focus on building a formidable youth side for the club during his tenure.

It is one area the board has been tasked by Manhyia to take a critical look at.

This is what Akufo-Addo and US Vice President Kamala Harris ...
13 minutes ago