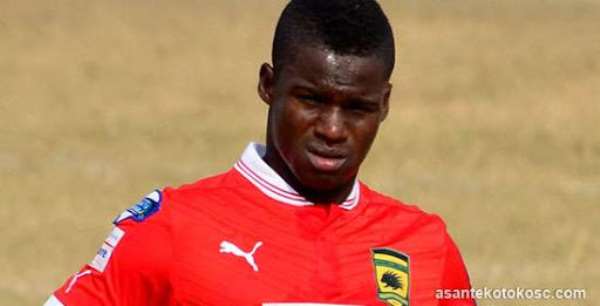 Former Asante Kotoko striker, Ahmed Toure has expressed his readiness to return to the club ahead of the Caf Champions League campaign.

The Ghana Premier League giants have finally confirmed their participation in the Caf interclub competition on Monday in a statement released by the Ghana Football Association.

The Porcupine Warriors were given the nod to represent the country in CAF’s flagship inter-club competition following the cancellation of the 2019/2020 Ghana Premier League due to the outbreak of the novel coronavirus pandemic.

This was because the Kumas-based played in the competition last season after winning the NC Tier One competition.

The must start the registration of players for the 2020/2021 CAF Champions League which will be closed on 20 October 2020.

And according to the striker, he will gladly welcome a call from his former employers.

"I am currently in Ivory Coast. I am a free agent, but training with Asec Mimosa just to keep my form,” he told Kumasi based Hello FM.

"I have spoken with several clubs and hopefully, by the end of the week, I take a decision on my next move.

"In Ghana, I am speaking with about two clubs. They are good but the final decision will have to come from me.

"It [Kotoko] is my former team so If they approach me I don’t have any problem. I will join them.

Toure excelled at the club especially during the 2010/2011 Ghana Premier League season and won the golden boot award.