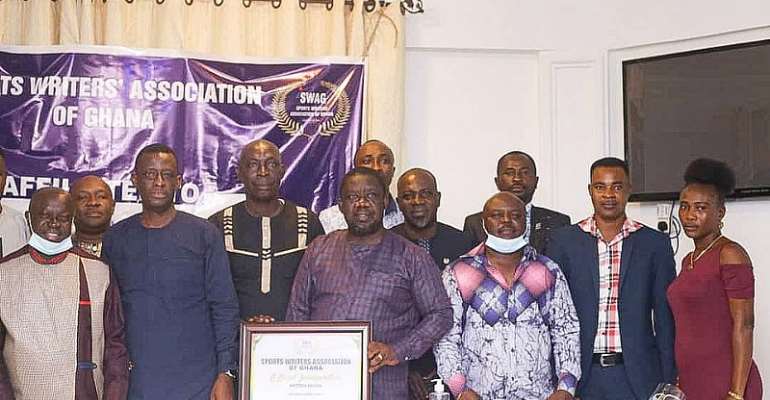 The Western regional branch of the Sports Writers' Association of Ghana (SWAG) has been inaugurated on Saturday at the Naakof Hotel in Takoradi with about 50 sports journalists from neighbouring towns within Western region and the western north.

He asked members to emulate the legendary SWAG president, Mr Kwabena Yeboah, "who has survived the work and built an untainted personal brand because of his style of reportage."

The MP, who has built sporting facilities in his constituency, pledged his support to SWAG Western region in helping the association grow and become relevant.

In his inaugural address, Mr Yeboah admonished journalists to be fearless in constructive criticism and keep leaders on their toes.

He further stressed on the need for all practicing sports journalist to be under the umbrella of SWAG.

The leadership has been tasked to steer the affairs of the newest SWAG’s infant body, bring all practicing sports journalists in western and the western north under the SWAG umbrella, offer welfare and training support for members.

The Western region, which boasts a vibrant sports media from radio, television and print is the third biggest in the media landscape in Ghana with about 40 radio stations, four television stations with correspondents for the national newspapers and portals.