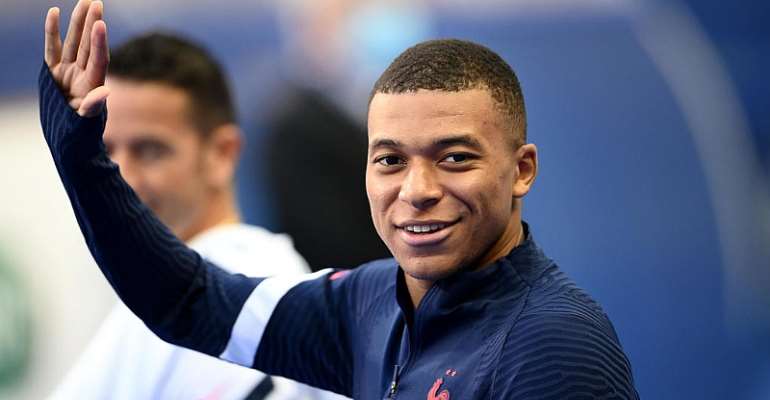 France face Croatia for a repeat of the 2018 World Cup final in the second round of Nations League matches in Paris on Tuesday short of striker Kylian Mbappé, who has tested positive for the new coronavirus.

Mbappé, who scored France's only shot on goal to beat Sweden 1-0 in the first round of Nations League matches on Saturday, will be the highest profile absentee after testing positive for the disease late Monday.

The 21-year-old striker took part in the evening's training session before learning the result of the test, which makes him the seventh Paris Saint-Germain player to contract the virus.

“Like the rest of the squad, Mbappé had undergone a test prior to meeting up,” France management said. “He was set aside from the group after receiving the results at the end of training before returning to his home.”

It was unclear whether Mbappé was going to feature in the match to begin with, owing to a blow to his right angle.

The positive test means Mbappé will also miss Paris Saint-Germain's belated start to the Ligue 1 season in Lens on Thursday.

The atmosphere will be completely different to that of the Fifa World Cup final in Moscow in July 2018, when France won a second world championship in a 4-2 win over Croatia.

The second round of Nations League matches will be played in an empty Stade de France stadium in the Paris region, as per European football body UEFA's rules keeping matches behind closed doors during the coronavirus epidemic.

Players will not have the stadium atmosphere, are not fully fit owing to disruptions in the football calender over the past half year and will expect frequent squad rotations.

“I'm gong to make a lot of changes because it's very difficult to keep going,” France coach Didier Deschamps said after Saturday's 1-0 win over Sweden. “Already, playing 90 minutes with this deficit at the start is taking risks with the players.”

It could also see France's youngest player since World War Two take the field if Deschamps gives the nod to Rennes teenager Eduardo Camavinga, 17, who sat out Saturday's match.

MMDCE appointments shouldn't be seen as job for the boys' - ...
7 minutes ago

MPs don't construct roads; 'masa' my party is not in governm...
52 minutes ago