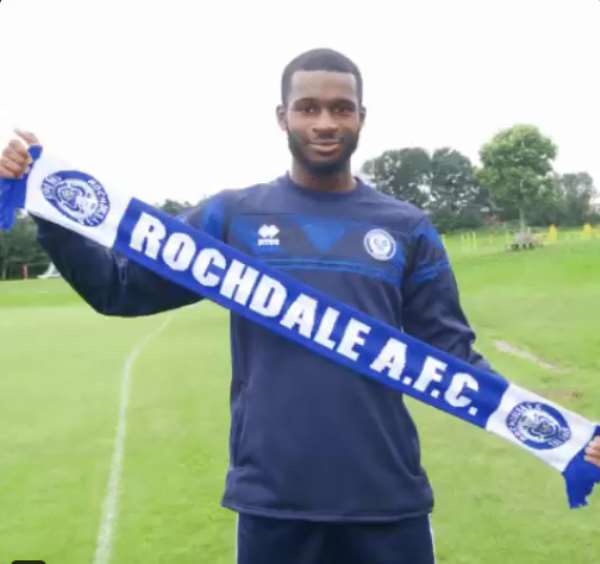 Ghanaian center-back, Yeboah Amankwah has expressed his delight after joining Rochdale A.F.C on loan and says he cannot wait for the 2020/2021 football season to start.

The English-born defender on Monday sealed a loan transfer from Manchester City to the English League One outfit to bolster the squad of the team for the upcoming season.

Speaking to the club after signing the necessary paperwork, Yeboah Amankwah noted that he is anxious for the campaign that lies ahead.

“I’m excited and I’m grateful for the opportunity – I’m looking forward to the season ahead”, the 19-year old said as quoted on the website of Rochdale A.F.C.

He added, “I heard about the move at the start of pre-season and once I found out it could happen, I knew right away that I wanted to come. I played against Rochdale last season and even although we won 2-0, I could see the style of play was very good.

“The Gaffer likes to play football. He’s so demanding about how he wants us to play and that’s very exciting. It usually the bigger clubs in League One that like to play football, so for him to have that belief in us just shows how much belief he has in our ability”.

The budding teenage defender has significantly developed in the past year where he played for the Manchester U-18 team. During the campaign in the youth league, he provided 2 assists after making 31 appearances.