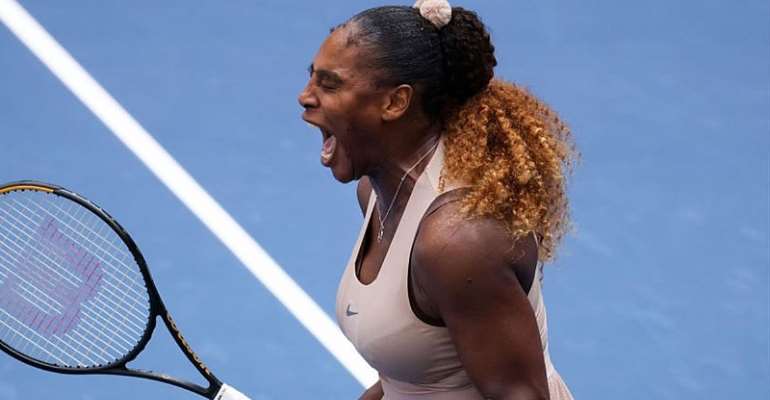 Serena Williams overcame a fierce challenge from Maria Sakkari to reach the quarter-finals of the US Open.

The American, who is bidding for her record-equalling 24th Grand Slam title, won a hard-fought match 6-3, 6-7(6), 6-3 – less than two weeks after losing to Sakkari in three sets.

Williams will meet Alize Cornet or Tsvetana Pironkova in the last eight.

"I just kept fighting," said Williams, who won for the 100th time on Arthur Ashe Stadium to reach her 12th consecutive US Open quarter-final, having missed the tournament in 2010 and 2017.

"She was doing so well and being so aggressive. I knew I needed to do the same thing."

The six-time champion was pushed all the way by Sakkari, who hit more winners (35) and aces (13), but couldn’t hold on after breaking early in the third set.

MARIA SAKKARI DURING HER US OPEN MATCH AGAINST SERENA WILLIAMS IMAGE

CREDIT: GETTY IMAGES
Sakkari also wasted three points in the fifth game of the match before Williams raised her level and took the set.

Williams continued to look the stronger player in the second set but Sakkari dug in and improved as the match wore on.

She spurned two set points at 6-5 and then three more in the tie-break before winning the set.

It looked as Sakkari was poised to repeat her three-set win from a fortnight ago when she broke early in the third, but Williams hit back and finished stronger to secure victory.