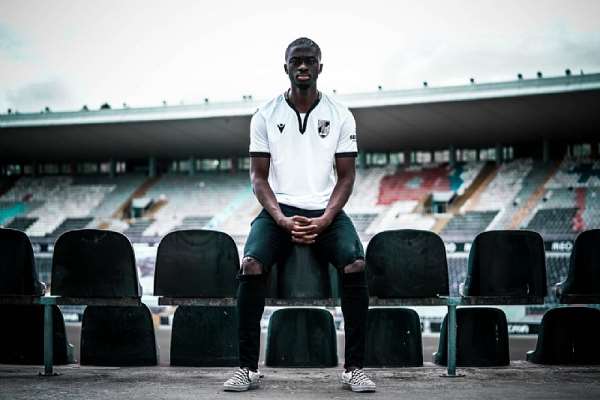 Highly rated Ghanaian defender, Abdul Mumin has described his move to Vitória de Guimarães as a higher step in his career.

The enterprising centre back joined the Portuguese giant as a free agent after parting ways with Danish side FC Nordsjaelland this summer.

Mumin penned a four year deal with Vitória de Guimarães after rejecting offers from Premier League side Sheffield United and Monaco in France.

Ahead of his debut season, Mumin has pledged to give his best for the club.

“I think is a step higher from my previous team and is an environment that demands a lot from the players around and I also like challenges so I believe that it was the best step for me to take.

The 21-year-old also reiterated that the club will help him to develop his full potential.

“Personally, I believe the club will help me fulfil my potential and reach another level in my development so it was the perfect environment for me to choose.

He is tipped to become one of the best African defenders in the world following his progress over the years.

There’s no space to admit you into law school – Akufo-Addo t...
34 minutes ago