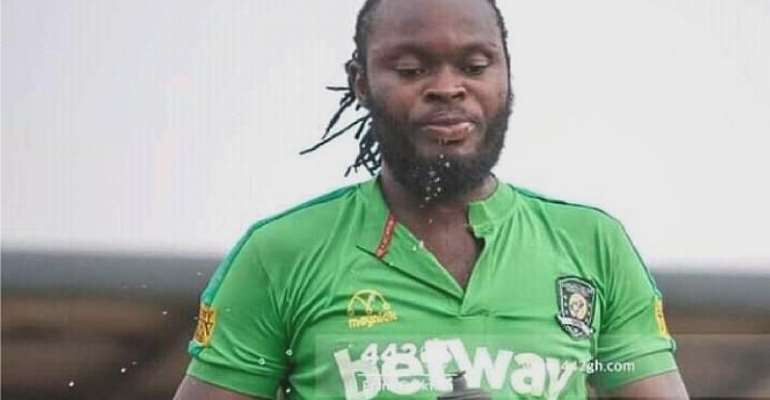 The former Asante Kotoko goal poacher is expected to join the Miner ahead of their Caf Confederations Cup campaign next season.

And according to the CEO of the club, the former OGC Nice forward deal is almost done.

“We are signing him on loan. He will play for us in the Caf Confederations Cup and in the Ghana Premier League.

“He has the experience to help us in our campaign next season and we are pleased to bring him on board,” he added.

Meanwhile, the striker has also confirmed that he is waiting for approval from Aduana Stars owner, Nana Agyeman Badu II before he joins Ashgold.

“Negotiation with Ashgold FC is about 90% done, the only thing left is the signature of Nana Agyemang Badu,” he told Asempa FM.

“So far, so good. Everything is moving smoothly.

“Ashgold isn’t buying me from Aduana Stars, I’m only going on loan to help them in the upcoming Caf Confederations Cup.

“The Ashgold fans know what I’m capable of doing on the field of play, therefore all I ask of them is their prayers and support,” he said.

Ashgold have confirmed their participation in the Caf Confederations Cup.