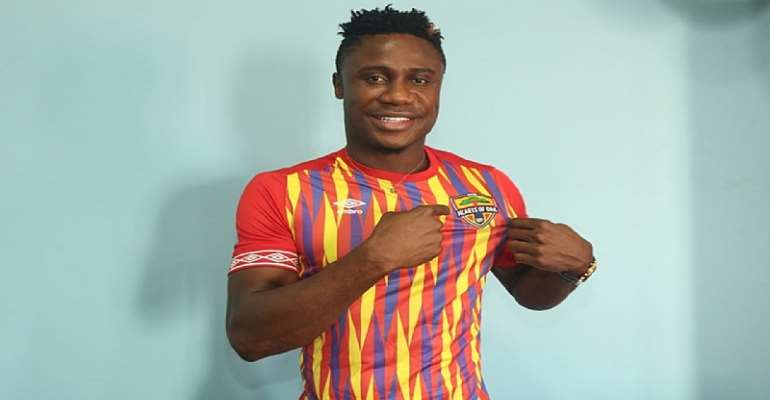 Hearts of Oak defender, Nuru Sulley has assured fans that he is staying at the club for at least the next football season amid speculation that he is ready to ditch the team for a foreign move.

Over the past weekend, news of the highly-rated defender courting interest from a Swiss Club resulted in reports suggesting that he could leave the Rainbow family in the ongoing transfer window.

In an interview with Kumasi FM today, Nuru Sulley has stressed that it is not true he is eyeing a transfer away from Hearts of Oak.

“I was surprised to hear I’m leaving Hearts of Oak. I do not know where the news is coming from, it is astonishing to me.

“The fans must disregard this and treat it with much contempt”, the defender shared.

According to him, he wants to help Hearts of Oak fight for the Ghana Premier League title in the upcoming football season.

“I want to at least play this season for Hearts of Oak, win the league and reach the group stages of the Champions League”, Nuru Sulley noted.

The experienced center-back signed for the Accra-based club in April this year after ending his stay with Iraqi outfit Naft Al-Junoob.

Tunisians in largest rally against president's 'coup'
36 minutes ago