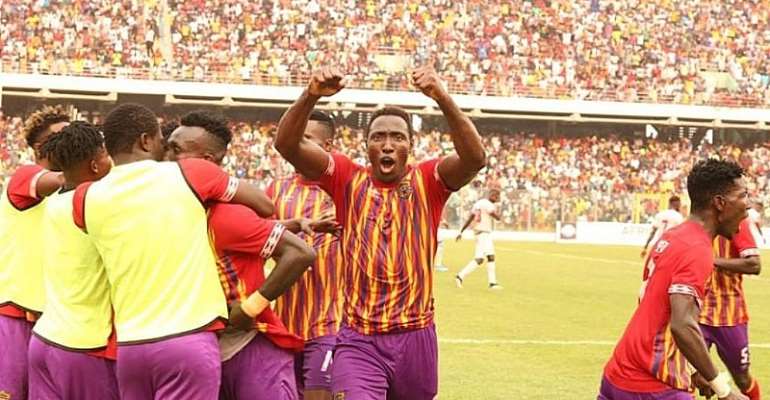 Hearts of Oak’s Managing Director (MD), Frederick Moore has revealed that the board of the club hopes to keep hold of striker Kofi Kordzi at the club amid strong interest from Al-Sailiya SC.

The Qatari club is in the market to sign a striker to bolster their squad for the 2020/2021 football season and has set sight on securing the services of the Phobian in the ongoing transfer window.

With the interest in Kofi Kordzi being reported differently, Hearts of Oak MD Frederick Moore has finally opened up with details of the Al-Sailiya SC interest.

“It’s unfortunate all of this has gone into the public domain. The letter that is circulating quoting a figure of $200,000 as a fee from the club is untrue. It was Hearts of Oak that valued the player at that figure.

“There have been some discussions with the club but we do not want to do specific detail conversation. The board and the player, Kofi Kordzi were all involved. The letter had no monetary value on it, the club wanted Kofi Kordzi to hold medicals before negotiations begin”, Mr. Moore explained in an interview with Kumasi FM.

He continued, “We just lost one of our strikers, somebody comes in and wants to take our goal king and top scorer for the last season, we have to negotiate hard to get the best deal so we can replace him”.

Meanwhile, Frederick Moore has revealed that the club will not force Kofi Kordzi to stay at Hearts of Oak against his will.

“Negotiating hard doesn’t mean we do not want the player to leave. The board is keen on keeping the player but if the player wants to leave, we will not stand on his way”, the MD concluded.