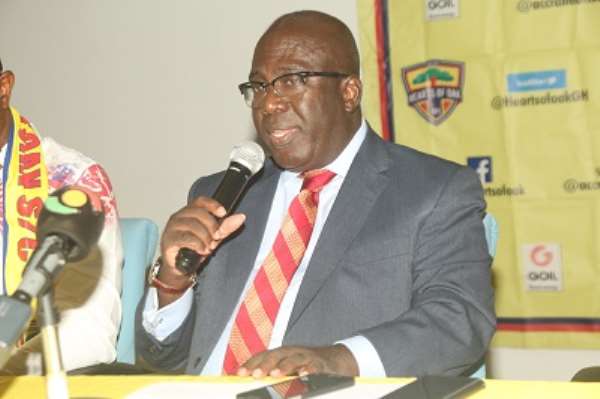 Hearts of Oak’s managing director (MD), Frederick Moore has indicated that the club wants to keep striker Kofi Kordzi but will not force him to stay against his will.

This is coming on the back of strong interest from Qatari club Al-Sailiya which is bent on signing the forward in the ongoing summer transfer window to bolster their squad.

“Hearts board want the striker to stay. We will do our best but if he wants to go, we will allow him.

“The proposal didn't quote any figure but in negotiating with them that was where the $200,000 came in”, Frederick Moore said in an interview with Oyerepa FM.

He continued, “We have met the player to extend his contract and this was when this proposal came in.

“We will do what is best for the club and the player as well”.

Talks are set to continue between Hearts of Oak and Al-Sailiya in the coming days. If an agreement is reached, Kofi Kordzi could move to Qatar to continue his football.