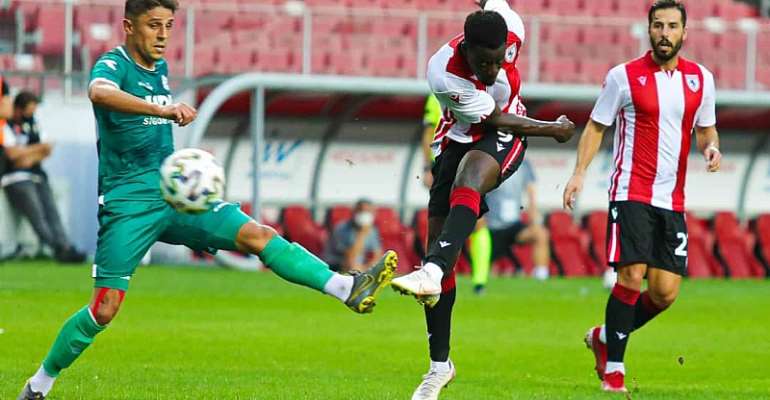 Ghana international, Edwin Gyasi played his debut game for Yılport Samsunspor on Sunday in their preseason win against Giresunspor.

İlyas Kubilay Yavuz's strike in the 13th minute was enough for the home side.

Gyasi was handed a starting line up in the game and did not disappoint the fans and the technical team of the club.

The 29-year-old joined the Turkish lower side this summer with a lot of prospects on a three-year deal.

Gyasi joined the club as a free agent after parting ways with CSKA Sofia after dedicated services.

After the game, Gyasi in an Instagram post expressed his excitement after making his debut for the club in a win.

Gyasi will be playing a key role for Yılport Samsunspor in the upcoming season.