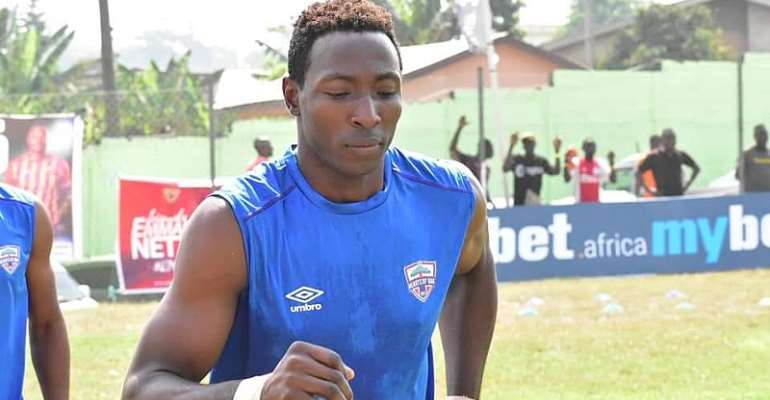 Qatari side, Al-Sailiya SC is eyeing a swoop for Hearts of Oak attacker Kofi Kordzi and has reportedly already made an enticing offer to the Ghanaian giants.

The club recently kicked off their campaign in the 2020/2021 QNB Stars League and has set sight on putting up a good challenge throughout the campaign.

In line with that, they are in the transfer market seeking to recruit top players to bolster their squad.

They have identified Kofi Kordzi as an attacker that fits the model of the kind of striker they are looking for and are now bent on securing his services.

According to reports picked up by Modernghana Sports, Al-Sailiya SC has already tabled an offer of $200,000 to Hearts of Oak to test the waters.

Unfortunately, it is not a figure that has convinced the Ghana Premier League giants. It is now up to the club to show how bad they need the player. If they are able to meet the demands of the Rainbow club, Kofi Kordzi should move to Qatar before the ongoing summer transfer window shuts.