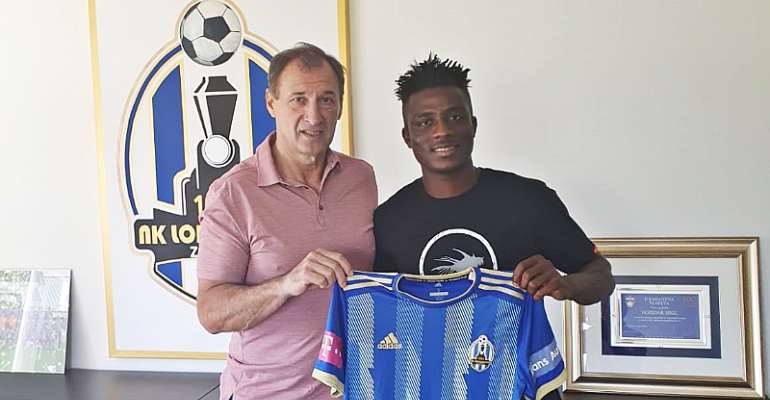 The club has had an inconsistent spell in the just started Croatian HNL football season where they have won 1, lost 1, and drawn 1 match after playing 3 matches.

“Reuben Acquah, a 23-year-old defensive midfielder, comes to us from Austrian Lask Linz.

“By nationality, Ganac, in his career he played for Belgian Mechelen, Albanian Tirana, Austrian Lask, Hartberg and Ried. He signed a four-year contract.

Reuben Acquah, 23, has been signed with a lot of potentials and will be expected to play a key role for his new club in the ongoing football season in Croatia.

He has in the past played for clubs including Liberty Professionals, Dunajská Streda B, TSV Hartberg, and the aforementioned teams.