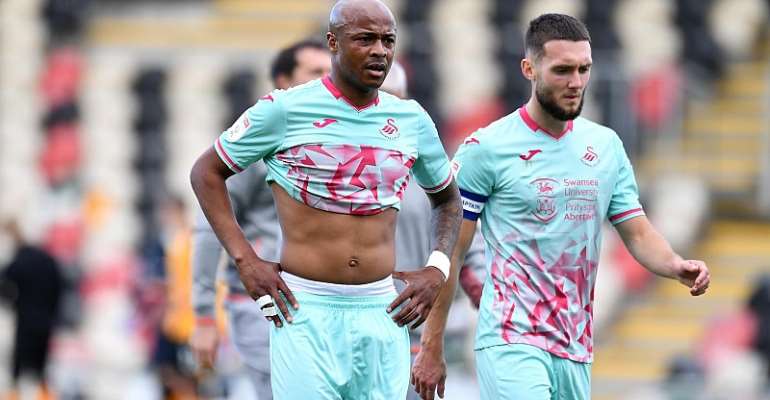 Andre Ayew's Swansea City have been eliminated from the Carabao Cup after losing 2:0 League Two club Newport County in the first round on Saturday evening.

A first-half brace from Tristan Abrahams in the seventh minute and on the stroke of half-time was enough for the home side.

Following their elimination, manager of Swansea City, Steve Cooper feels his side were second best behind the League Two club.

"Congratulations to Newport for going through to the next round.

"I think in simple terms, the non-negotiables of football, we were second best at today. When you do that, you always make it difficult for yourselves and that's what we did.

"We left it too late to try and get ourselves back in the game.

"No excuses. I know we're only a couple of weeks in, but we're not going to make any excuses, we were second best."

Ayew will be hoping to win when Swansea City travel to Preston North End for their league opening fixture.

Meanwhile, Ayew is expected to leave the Swans this summer.